Miss Kay Robertson spoke at the Night of Ducks and Hucks fundraising event in Monroe, North Carolina, over the weekend.

The Duck Dynasty matriarch talked candidly about the well-publicized dark period she endured with husband Phil Robertson during the early days of their marriage, going as far as to explain how her oldest son Alan, at the tender age of just 10, convinced her not to take her own life.

As Phil Robertson discussed in his book Happy, Happy, Happy, he was a man more interested in killing ducks and getting his next drink than he was at being a husband or father. He left Miss Kay alone to raise Alan, Jase and Willie (Jep wasn’t born yet) as he fell deeper and deeper into alcoholism. 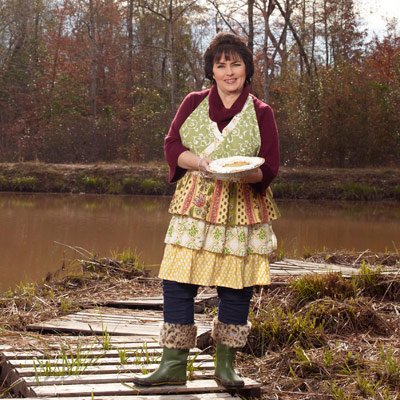 “I had ten bad years with Phil and he was horrible. He was a rascal and I tell ya’, he was just like the people he was fussing about,” Miss Kay explained.

When reflecting on a story Phil Robertson shared about getting in a fight in which he hit a woman Miss Kay stated: “And you say, <<How can he hit a woman? Well, I tell ya>>, the devil gets in women just like he gets in men. That was a mean lady. I’m not saying they should have got beat up by Phil at all, but you live like that and that’s one of the consequences.”

Then Miss Kay Robertson shared an extremely personal moment within her family, perhaps the most pivotal moment for her, the boys’ and Phil’s life, wanting that openness of her struggles to provide a perspective of hope to the audience: “I can tell you right now that people I talk to who say they have no hope I can say I’ve been there. Sometimes you can’t feel like you can live at all without hope. That night I was without any of it. I cried in that bathroom and I just didn’t want to live anymore. I wanted Phil to be punished, to realize what he was doing.”

“What probably saved me from doing anything to myself that night… I always describe it as I hear three little sets of house shoes and that was Al and Jase and Willie. Alan knocked on the door and said, <<Mama don’t cry anymore, please don’t cry anymore>>. He said, <<God’s going to take care of you>>. He was 10-years-old, Jason was 6, Willie was 3. And he [Alan] said, <<Mom, He will take care of all of us, please don’t cry anymore>>.  I felt like right then God told me, <<I got plans for you>>. Those little kids knew what I needed and they told it to me through a bathroom late at night. And I want to tell you something, the next day I did give my heart to Jesus.”