Home Health How a 300-year-old odds of having a baby is still in use...

An often-cited statistic says that one out of three women over the age of 35 will not have conceived after a year of trying.

Jean Twenge, a psychologist at San Diego State University in the US, was 34, recently remarried, and looking to start a family, when she heard it from her doctor.

“That was very frightening to me, as it is too many women who are in their 30s,” she says.

Confronted with those odds, Jean Twenge wanted to find out where the statistic had come from. And she discovered something quite amazing.

“The data on which that statistic is based is from 1700s France. They put together all these church birth records and then came up with these statistics about how likely it was [someone would] get pregnant after certain ages.”

These are women who had no access to modern healthcare, nutrition or even electricity. Why would any researcher think they can tell us something useful about modern-day fertility?

Well, actually, they do have one big advantage. They weren’t using effective methods of birth control.

“I can empathize slightly with the researchers in this area,” says Jean Twenge, who traced the source of the data as she researched her book, An Impatient Woman’s Guide to Getting Pregnant. “It is difficult to draw conclusions about age and fertility from modern populations where birth control is widely used.”

However, there are some studies which have looked at modern couples, and these do paint a rather different picture.

The most widely cited is a paper by David Dunson published in 2004, which found that 82% of women aged between 35 and 39 fell pregnant within a year. That’s significantly better than the two-thirds chance drawn from the 300-year-old birth records.

David James of the UK’s National Institute for Health and Care Excellence (NICE) fertility guideline development group says: “It was a single study undertaken relatively recently of about 780 women, in seven different European centres. The important point about that was that these were women who were trying to conceive.” 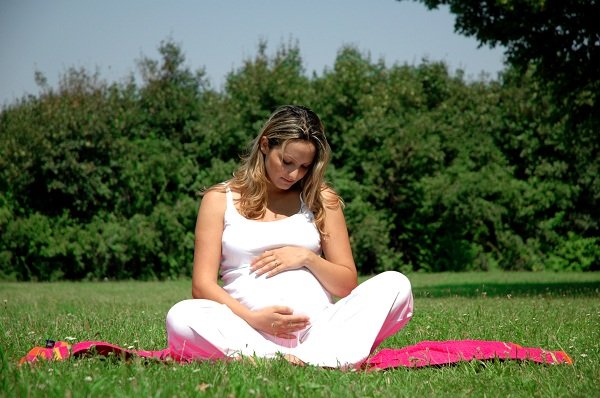 The main problem with the historic data, in David James’s view, is that the women may not have been trying to conceive.

Indeed, they may have been actively trying to avoid becoming pregnant. They may not even have had intercourse.

“There’s no doubt that intercourse becomes less frequent the older the couple are,” David James says. And in the 1700s, people aged more quickly than today.

Another finding of David Dunson study was that, while fertility declines with age, it does not appear to do so as quickly as we have been led to believe.

After that, the picture is a little less clear.

“It would appear from the limited and poor quality data that we have that that rate falls significantly [at 40]. But as we know from some notable celebrity cases, it is not impossible to get pregnant in the early or indeed late 40s,” says David James.

And, he adds, there is evidence that female fertility is improving.

The latest update of the NICE guideline on fertility recognizes that “the chances of women naturally conceiving at the age of 40 are much higher now than they were when the original guideline was written [in 2004],” David James says.

What about the risk of chromosomal abnormalities, such as Down’s syndrome? It’s possible that this has been overstated too, in David James’s view.

The chance of any chromosomal abnormality at the age of 20 is one in 500, he says.

“Turning that on its head, it does mean that 59 out of 60 women aged 40 will have no chromosomal problems in their baby at all.”

So while it’s harder for older women to get pregnant, and the chance of a chromosomally abnormal child increases, these problems do not increase as sharply as we fear – except perhaps for those trying IVF or artificial insemination.

Similarly with artificial insemination – the data shows that the success rates just are not as high as natural conception rates and can differ by as much as 20 percentage points.

But many fertility problems that women over 30 experience have nothing to do with age. Had they tried to conceive in their 20s, they would have also faced difficulties.

“I think that doctors who give blanket advice to populations… are making all sorts of presumptions,” says leading fertility expert Prof. Lord Winston.

“We eventually find out that so much of this advice is spurious and unnecessary and often wrong.”

So is there any “blanket” fertility advice he can give?

“The fact of the matter is, the best way to have a baby is either in bed or by the fireside on the hearth rug.”