According to TMZ, Zac Efron, 25, quietly checked into a treatment facility to deal with a cocaine problem, and a source adds that he also experimented with MDMA – the active ingredient in Ecstasy tablets, which is known as “Molly” on the street.

Zac Efron is now said to be healthy and happy and is focusing on his movie career as he aims to put his days as a teen heartthrob behind him.

The news of the stint in the treatment facility will come as a shock to Zac Efron’s fans as the actor has mainly stayed away from the party scene, apart from one well publicized visit to a strip club back in 2010, which left him disappointed. 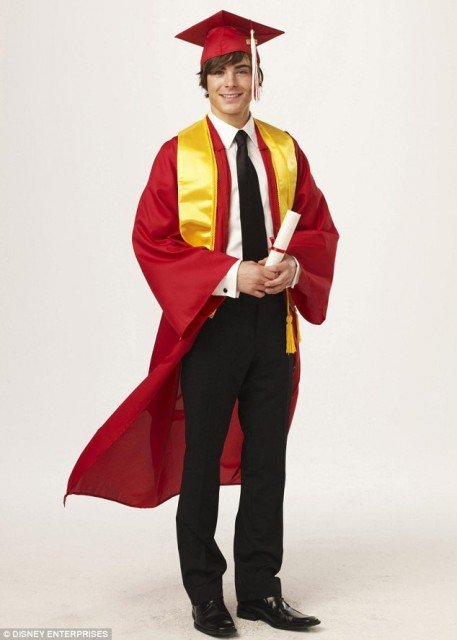 While Zac Efron admitted that he went to Flash Dancers Gentlemen’s Club in New York with High School Musical co-star Corbin Bleu, he insisted he had received permission from his then girlfriend Vanessa Hudgens before the boys’ night out.

“The hardest part is calling your girlfriend before,” he said on US late-night chat show Jimmy Kimmel Live!

When Jimmy Kimmel asked how Vanessa Hudgens responded, Zac Efron hesitated for a while before saying: “She was fine with it.”

He went on to say that it wasn’t exactly what he expected.

Zac Efron told Jimmy Kimmel: “I had this image of what it’d be like.

“I’ve heard a lot about these places, mostly from rap music – they’re supposed to be pretty reputable!”

He added: “So I envisioned myself in a nice couch with stunner shades with T-Pain and Usher making it rain money!

Otherwise, Zac Efron has maintained a low profile and is not usually spotted out partying like his young Hollywood contemporaries.

Zac Efron will next appear on the big screen in Parkland, about the days surrounding President Kennedy’s death in Dallas in 1963.