Home Entertainment Kim Kardashian filming Christmas special of Keeping Up with the Kardashians in...

Kim Kardashian tweeted a series of pictures, including one of her sitting in the family home surrounded by wrapped festive gifts for the Christmas special of Keeping Up with the Kardashians.

Kim Kardashian, 32, captioned the pictures “SelfiesOnSet” as she posed with sister Kylie Jenner and in a solo shot showing off her plump lips to the camera.

The fact that Kardashian family are shooting their festive special three months before Christmas is the latest indication that their “reality show” is about as far from real life as could be. 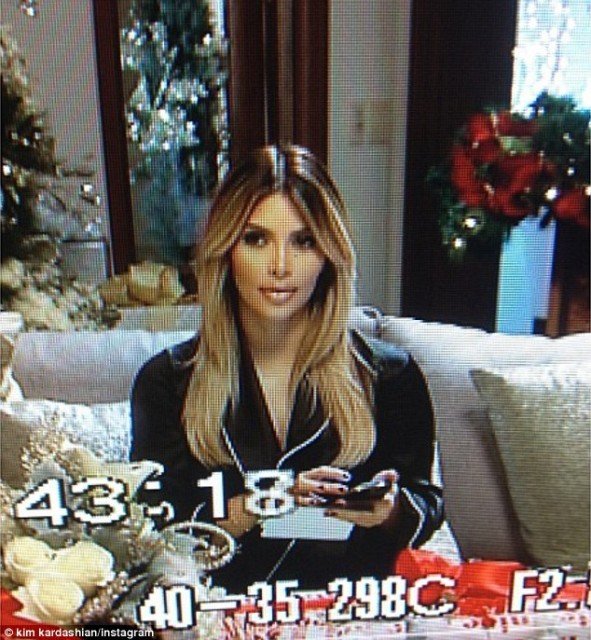 One person who wasn’t pictured in the special was Kim Kardashian’s BFF Jonathan Cheban, who Radar has reported Kim has now fallen out with.

According to the site, Jonathan Cheban is said to be annoyed that he has not been asked to be baby North West’s godfather.

No doubt there will be plenty extravagant gifts on the real day for the Kardashian clan to entertain themselves with.

However, hopefully baby North West will not be too spoiled for her first Christmas.

Sister Kourtney Kardashian recently revealed that her son Mason is jealous that he no longer receives the same amount of attention from his aunty Kim.