Ex-US Navy reservist Aaron Alexis, who killed 12 people and wounded eight at a Washington DC Navy base, had received treatment for mental health issues, US media have reported.

A contractor for the Navy, Aaron Alexis had a valid pass for the secure site at the Washington Navy Yard, authorities said.

Aaron Alexis was shot and killed by police during the attack.

On Tuesday, the US capital remained in a state of shock and mourning.

Defense Secretary Chuck Hagel laid a wreath at US Navy Memorial Plaza in honor of the Navy Yard victims.

A Washington Nationals baseball game originally scheduled for Monday night was rescheduled to Tuesday afternoon – the baseball stadium is just blocks from the Navy Yard.

The flag flew at half-mast over the White House, where hours after the attack President Barack Obama mourned “yet another mass shooting”.

Secretary of the Navy Ray Mabus has ordered a physical security review of all Navy and Marine Corps installations.

The shooting began about 8:20 local time on Monday, when a gunman apparently shot his way into the heavily guarded Building 197, headquarters for Naval Sea Systems Command, which builds and maintains ships and submarines for the Navy. 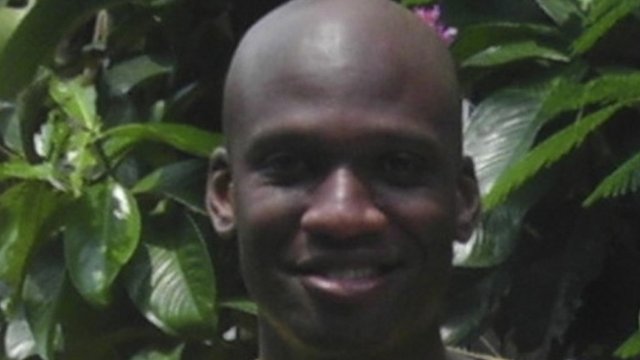 Witnesses said the gunman sprayed bullets in a hallway and fired from a balcony down on to workers in an atrium at the heavily secured installation in the US capital.

Aaron Alexis was armed with a shotgun legally purchased in Virginia, as well as one handgun authorities say may have been obtained inside the naval installation.

The attack only ended when police stormed the building and shot him dead, police said.

“There is no question he would have kept shooting,” Washington Police Chief Cathy Lanier told reporters on Monday.

On Tuesday, authorities said they believed Aaron Alexis had acted alone and that all victims – ranging in age from 46 to 73 – had been identified.

Authorities have revealed no motive for the attack, and have begun combing the US for hints about Aaron Alexis’ past.

As an employee of an IT contractor, Aaron Alexis apparently had a card granting him access to the building – even though he had had several run-ins with the law and had been discharged from the Navy under a cloud, authorities said.

“It really is hard to believe that someone with a record as chequered as this man could conceivably get, you know, clearance to get… credentials to be able to get on the base,” Washington DC Mayor Vincent Gray told CNN.

Aaron Alexis left the Navy as a petty officer 3rd class, after serving full-time in the naval reserve from 2007-11.

He received two routine medals for his service in the Navy: the National Defense Service Medal and the Global War on Terrorism Service Medal.

Aaron Alexis separated from the Navy reserves under what is called a general discharge, a status that suggests misconduct.

He had been cited for misconduct – including insubordination, disorderly conduct and excessive absences from work – at least eight times during his Navy career, the Washington Post reported on Tuesday.

According to media reports, Aaron Alexis was a Buddhist convert who had had two previous gun-related brushes with the law.

In 2004 he was arrested in Seattle for shooting a construction worker’s car tyres, in what he described as an enraged “black-out”.

Aaron Alexis was questioned by Fort Worth police in 2010 after firing his gun through the floor of an upstairs apartment. He said it was an accidental discharge.

Also, in August 2008, Aaron Alexis was arrested for disorderly conduct in the state of Georgia, according to the Smoking Gun, a website that collects police and court documents. Details on the incident were not available.

On Tuesday, Aaron Alexis’ employer said the military should have made his record known.

“Anything that suggests criminal problems or mental health issues, that would be a flag. We would not have hired him,” Thomas Hoshko, chief executive officer of The Experts, told the Washington Post.

The IT contractor confirmed Aaron Alexis had worked since July at six different military installations and had only been at the Navy Yard for a few days before the shooting.