Several people have been shot by a gunman at the Washington Navy Yard, a naval installation in the US capital, the US Navy has said.

The US Navy confirmed police had entered an office building in search of a gunman, after shots were fired at 08:20 local time.

Local news agencies said as many as three people were wounded, including one police officer.

Personnel at the yard have been ordered to “shelter in place”, the Navy said. 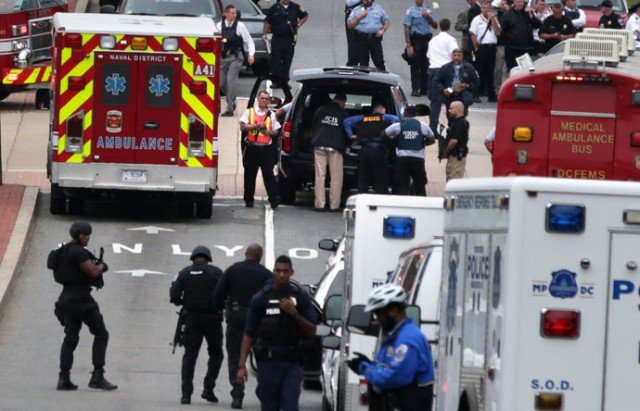 The Navy said shots were reported to have been fired at the Naval Sea Systems Command headquarters at the yard in south-east Washington DC.

Dozens of emergency vehicles have converged on the site, and helicopters have been flying overhead.

Flights in and out of Washington DC’s Reagan National Airport down the Potomac River from the Navy Yard have been suspended to accommodate search helicopters.

As many as 3,000 people work at the command, which engineers, purchases, builds and maintains ships and submarines for the Navy.

The Washington Navy Yard is the US Navy’s oldest shore installation, first opened in the early 19th Century, according to the Navy.