Prince Philip has been finally introduced to his great-grandson, Prince George, for the first time since his birth in July.

The eight-week-old future king flew to Scotland on a private jet with his parents yesterday afternoon.
Prince George was taken to Balmoral, the Queen’s private Highland estate, to meet Prince Philip, 92.

Prince Charles and Camilla are at their nearby home, Birkhall.

Prince Philip was the only senior royal not to have met the third in line to the throne. 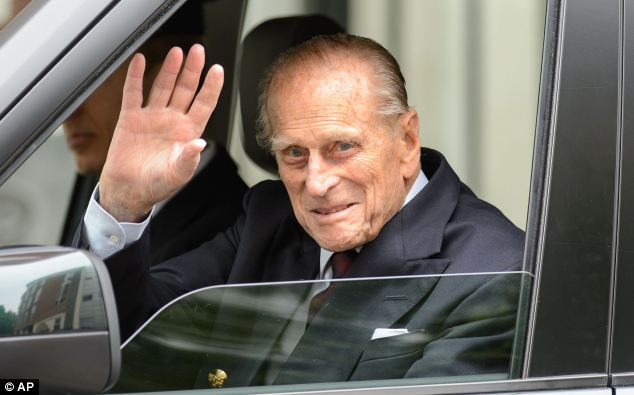 Prince Philip has been finally introduced to his great-grandson, Prince George, for the first time since his birth in July

At the time of Prince George’s birth he was recuperating at Sandringham after an abdominal operation.

Now Prince George is at Balmoral, there is a rare opportunity for a unique family photo to be taken.

For the first time in more than a century, three generations of heirs to the throne are alive: Prince Charles, 64, Prince William, 31, and newborn George.

The last time such a picture was taken was in 1894 when Queen Victoria was photographed with her son Edward VII, grandson George V and great grandson Edward VIII.

A royal insider said: “Everyone has been waiting for this photo to be taken, and of course the Duke of Edinburgh has been looking forward to seeing his great-grandson.

“It’s wonderful that the family have finally got together.”

Prince William and Kate Middleton flew to Scotland after the prince attended the wedding of friend James Meade to Lady Laura Marsham in Norfolk on Saturday.

Kate Middleton had surprisingly stayed in London where she was spotted shopping for baby clothes in Sloane Square.