Amanda Knox has revealed she will not attend a retrial in Italy because she will forever be seen as “the dark lady who decided Meredith had to die”.

Amanda Knox, 26, claims her presence animates the courtroom, detracting from the evidence.

It follows claims by her co-accused and former boyfriend Raffaele Sollecito that Italian police tried to bribe him into framing her.

Since overturning a 26-year jail sentence, Amanda Knox has denied any involvement in the 2007 murder of Leeds University student Meredith Kercher, who was found with her throat slashed in their shared flat in Perugia.

Now living in Seattle, she refuses to answer calls to revisit the evidence at a court Florence.

Amanda Knox told the New York Post nobody in the Perugia court cared about what really happened to Meredith Kercher. 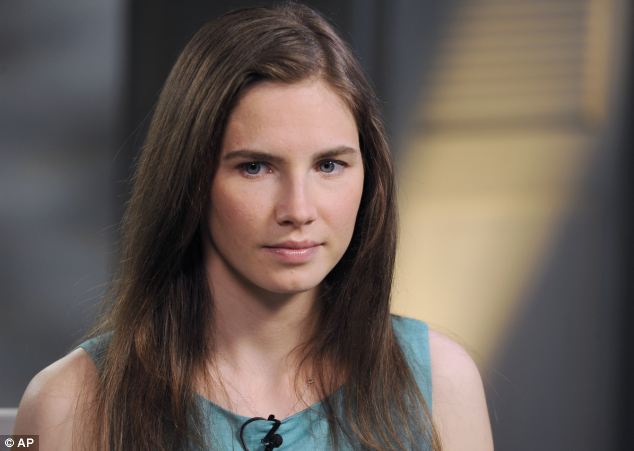 Branding the court room a “circus”, Amanda Knox claims everybody was more concerned about what she was wearing, how she did her hair or whether she smiled at her parents than the legal proceedings.

In an interview with the Sun on Sunday, Amanda Knox said: “The fact is that my presence has always been a distraction in the courtroom.

“Every single movement I made, every gesture, every facial expression, was the focus of scrutiny and distracted from the evidence in the case.”

Amanda Knox told the paper she had been portrayed during the first trial as “the dark lady…who decided Meredith was better than me and had to die”.

“Projecting that image justifies in their minds that I would be capable of committing a crime so heinous as this and therefore validates the guilty verdict in the first trial,” she said.

But, she added, finance was also a problem: “If it were possible to go to the court and not have to deal with the issues of being afraid of being thrown back in prison again for an arbitrary reason, or for being able to financially afford it, absolutely I would want to be there.”

Italy’s highest criminal court, the Court of Cassation, ruled in March that an appeal court in Florence must re-hear the case against Amanda Knox and Raffaele Sollecito for the murder of 21-year-old Meredith Kercher.

Raffaele Sollecito is due to face a retrial on September 30. But Amanda Knox’s lawyer revealed last month that she will not return to Italy for the new trial.

They were found guilty in December 2009 of murdering Meredith Kercher, with Amanda Knox sentenced to 26 years in prison and Raffaele Sollecito 25.

But, after an 11-month appeal in a Perugia court, both convictions were thrown out in October 2011.

Amanda Knox and Raffaele Sollecito have consistently protested their innocence and claim they were not even in the apartment on the night Meredith Kercher died.