A Syrian minister hails the US-Russia agreement on destroying the country’s chemical weapons as a “victory” that averts war.

The framework document says Syria must provide full details of its stockpile within a week – with the chemical arsenal eliminated by mid-2014.

If Syria fails to comply, the deal could be enforced by a UN resolution with the use of force as a last resort.

The US had threatened to attack Syria which it blames for a chemical attack in August which killed hundreds.

President Bashar al-Assad’s government denies the allegations and has accused the rebels of carrying out the attack. 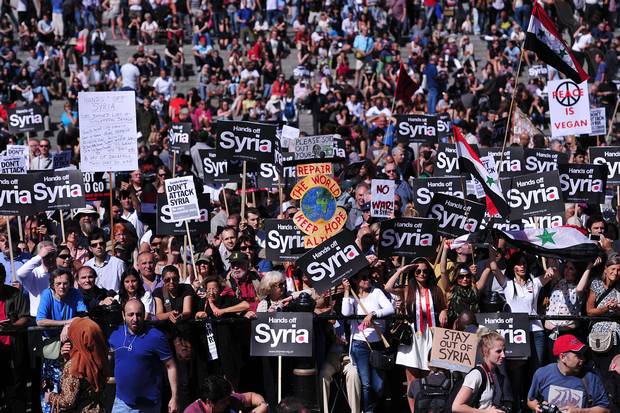 Syria recently agreed to join the global Chemical Weapons Convention, and the UN said it would come under the treaty from October 14.

The framework deal was announced on Saturday after three days of talks in Geneva by Russian Foreign Minister Sergei Lavrov and US Secretary of State John Kerry.

“On the one hand, it helps Syria come out of the crisis and, on the other, it helps avoid the war against Syria depriving those who wanted to launch it of arguments to do so,” Ali Haidar said.

“It’s a victory for Syria achieved thanks to our Russian friends.”

China, France, the UK, the UN, the Arab League and NATO have all expressed satisfaction at the agreement.