Soldier N claimed Princess Diana was killed after a member of British SAS unit shone a light in her driver’s face causing him to crash.

The SAS soldier is said to have made the astonishing allegations to his wife after taking Prince William on an advanced driving course in 2008.

Scotland Yard reportedly decided to review the historic case 16 years after Princess Diana’s death, after interviewing the woman who insists her former husband was telling the truth last month.

The soldier’s wife, who is now divorced from him, is understood to have told police last month her husband had been teaching Prince William how to drive with SAS colleagues when he made the claims.

“We were talking about it…and I said it was sad that his mum wasn’t there to see it.

“Then he said one of the guys was responsible for the accident, for the death of Diana. I was shocked. I believed what he said,” she told the Sunday Mirror.

When the woman quizzed her husband about his theory he reportedly told her the SAS had been following Princess Diana and Dodi Al Fayed, who also died in the accident, and that a light was shone into the Paris tunnel before their car crashed.

Soldier N told his former wife, who revealed the conversation to her own mother years later, “an order is an order” when asked who would possibly have carried out the murder.

The unidentified woman is said to have told members of Scotland Yard the “hit” had been instructed by individuals within royal circles who did not approve of Princess Diana’s relationship with al Fayed.

She alleged a white car and motorbike were involved in the plot which enlisted the services of one of Soldier N’s former SAS colleagues. 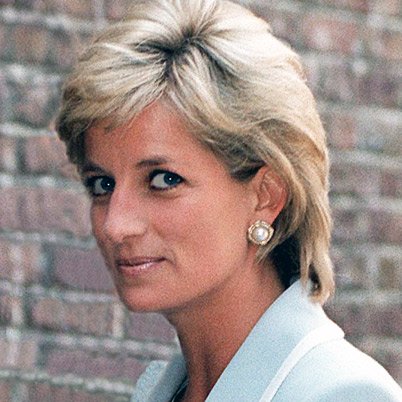 Dodi Al Fayed’s father, Mohammed Al Fayed has always asserted the pair’s deaths were the result of a planned murder at the hands of the British Establishment, and similarly claims a white Fiat was involved in the crash but has never been traced.

The woman and her mother reportedly met with detectives last month including a senior officer who worked on the original Operation Paget investigation into Princess Diana’s death.

The two women offered convincing accounts of what caused the 1997 crash which killed Princess Diana alongside Dodi al Fayed and driver Henri Paul in a Paris underpass.

Soldier N’s former wife insisted he had made the claims two years before the break up of their marriage at a time when he confided in her with full trust.

When asked by officers why she hadn’t reported her husband’s theory earlier the woman said she had been sworn to secrecy.

The woman’s mother first alerted authorities to the claims in September 2011 in a letter to Dyfed Powys Police after her daughter and son-in-law divorced.

It is believed these correspondences contained details of the plot.

Though the woman claims to have received acknowledgements from Downing Street and General Wall, neither made any mention of Princess Diana or any suspicion surrounding her death.

In 2011 Dyfed Powys Polcie seized a gun and ammunition from Soldier N’s marital home after his mother-in-law reported his tendencies for violent behavior.

The man was jailed for two years by a military court last May after admitting illegal possession of a firearm, but was freed in July and later discharged from service.

Later that month Soldier N appeared in the court martial for his former SAS housemate, Danny Nightingale, 38, for illegal possession of a pistol and ammunition.

It was during this time the allegations about Princess Diana’s death were revealed.

An inquest into the accident found Princess Diana and Dodi Al Fayed died unlawfully as the result of their driver, Henri Paul, who was said to have been drinking before the crash.