The company hopes to profit from the popularity of spicy autumn beverages with its new hot ginger ale in a can.

The ginger, apple, and cinnamon concoction is the product of years of research into finding a way to keep the drink carbonated while it warms. It’s also one of a spattering of warmed-in-the-can food and drinks now hitting the market in the U.S. and abroad.

According to the Atlanta Journal-Constitution, Japan is as obsessed with fall-themed beverages as Americans. 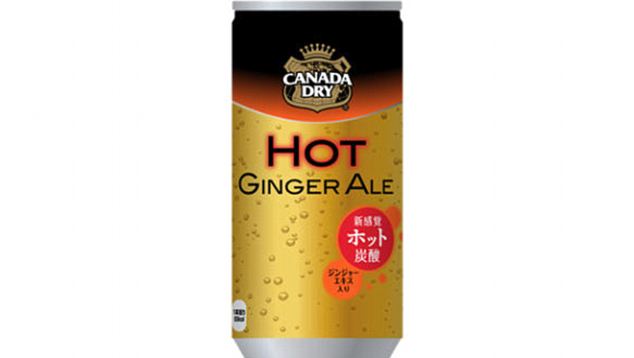 Like the U.S. with its pumpkin-flavored hot beverages that are offered seasonally at countless coffee and food sellers like Starbuck’s, spicy beverages are a hit in Japan during the colder months.

The orange, red, and yellow design of the can betrays its harvest-themed contents.

The can will be dispensed pre-heated, but somehow still bubbling. The Coca-Cola Company has worked for the last three years to maintain the drink’s carbonation during the heating process and their success has allowed them to introduce this, their first hot and fizzy beverage.

While the 120 Yen ($1.20) ginger ale won’t be available stateside in the foreseeable future. Japan doesn’t have the patent on warmed-in-the-can beverages.

In the US, companies like Hot Can Inc. are selling soups and beverages that are actually warmed by the can.

According to the Hot Can website, the company has created “a revolutionary self-heating smart packaging for the global beverage market”. They offer tea, coffee, hot chocolate and soups that are heated internally via a chemical reaction.