Raffaele Sollecito has claimed Italian police tried to bribe him into framing ex-girlfriend Amanda Knox for the murder of British student Meredith Kercher – and revealed his fears “out of control” Knox would do the same to him.

Amanda Knox’s former boyfriend says “sneaky” officers instigated a string of approaches from a prison guard, other inmates and even his family as he and his American lover were awaiting trial for 21-year-old Meredith Kercher’s murder in Perugia, Italy.

Raffaele Sollecito, 29, said he refused to point the finger of blame at Amanda Knox to save his own skin because he was “really fond of her”.

Yet he admits he was terrified Amanda Knox, who he had been dating for just a week before the 2007 killing, would do a deal to stitch him up because she was “out of control”.

Raffaele Sollecito and Amanda Knox, 26, were convicted of Meredith Kercher’s murder in 2009 then cleared on appeal two years later.

But Italy’s highest court later threw out the acquittals and the pair faces a new trial, beginning later this month.

Raffaele Sollecito claimed detectives told him he would be released immediately if he distanced himself from Amanda Knox, saying he should pretend he couldn’t remember anything or that he was sleeping in order for the prosecution to catch her.

He told the Daily Mirror: “They did not persuade me. It was the most sneaky situation. I couldn’t invent anything.”

But he still “feared Amanda” and added: “I knew her for a short time, a week, and in reality I did not really know this woman. I was scared because she was out of control at the police station. She had been making crazy statements and everything was just wrong.

“I thought she could make a deal to blame me. I was scared of that.”

Amanda Knox was jailed for 26 years and Raffaele Sollecito for 25 following the trial in 2009.

Raffaele Sollecito said the first “deal” was when he was in solitary confinement and came about when he his father tried to speak to the prosecution and was told to pass on the message his son should keep his distance from Amanda Knox.

Other family members urged Raffaele Sollecito to take the deal and free himself, but he refused to be persuaded and wrote a letter to his nearest and dearest vowing to stand by Amanda Knox.

Raffaele Sollecito claimed police then began trying to get him to turn against Amanda Knox and that, unless he distanced himself from the American, he would spend the rest of his life in prison.

The Italian claims this message was passed to his family in no uncertain terms. 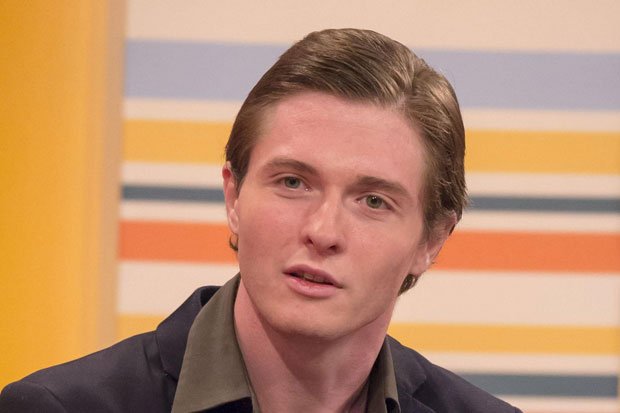 His father was allegedly approached by a Perugia lawyer offering a similar deal.

Meredith Kercher’s grieving family, from Coulsdon, Surrey, were devastated when Amanda Knox and Raffaele Sollecito were freed on appeal but vowed to keep Meredith’s memory alive.

They have kept out of the public eye and refused to read the books that Amanda Knox and Raffaele Sollecito wrote about their “ordeal”.

But in March the family welcomed news of the retrial and hoped they would finally get answers.

No murder weapon was ever found, DNA tests were faulty and prosecutors provided no motive for murder.

In a series of confused interviews after their arrest Amanda Knox initially claimed to have witnessed the murder and named a local bar owner as the killer.

She later withdrew the statement, insisting it had been made under duress, and said she had been at Raffaele Sollecito’s student apartment throughout the night – which he confirmed.

Raffaele Sollecito said the pair “were like teenagers in a fantasy romance” but then became friends bonded by the tragedy.

Amanda Knox and Raffaele Sollecito were photographed being reunited in New York earlier this year – but he insists there is no romance.

Raffaele Sollecito is often asked if he wished he had never met Amanda Knox. He said: “No, I don’t think like that. I don’t blame her, it is not her fault this nightmare. It is others.”

And he claimed his own life is “in limbo”, and that he is without a home. He fears he is a target in Italy for those who still believe he and Amanda Knox were involved and worries police will try to seek revenge by planting drugs in his car.

He has tried to settle in Lugano, Switzerland, and set up a computer software firm – but was kicked out by the Swiss authorities because he failed to disclose details of the murder charges.

Raffaele Sollecito then went to stay with relatives in the US and even got marriage proposals from female murder trial “groupies”.

He has now moved to a secret location in the Caribbean, where he is currently trying to establish a business.

Amanda Knox’s lawyers have insisted she will not be at the retrial in Florence and Raffaele Sollecito said he will wait until after the first of eight scheduled hearings to see “which way the court is going”.

Raffaele Sollecito feels victimized and slammed the police handling of the case, saying everything about the investigation was handled “wrong” and that officers were “incompetent” and “fools”.

Despite his own grievances, Raffaele Sollecito insists he hasn’t forgotten the pain of Meredith Kercher’s family, saying he “can’t imagine their suffering”.

But he urged them to read the case documents and ask questions about what really happened instead of sticking by the “theory” of what happened.

“If you accept only the prosecution case you will never find what is right and what really happened,” he added.