Khloe Kardashian’s husband Lamar Odom has been formally charged with DUI two weeks after he was pulled over and arrested.

Prosecutors have not revealed specific details of what Lamar Odom was under the influence of.

Lamar Odom will face court later this month with his arraignment scheduled for September 27. 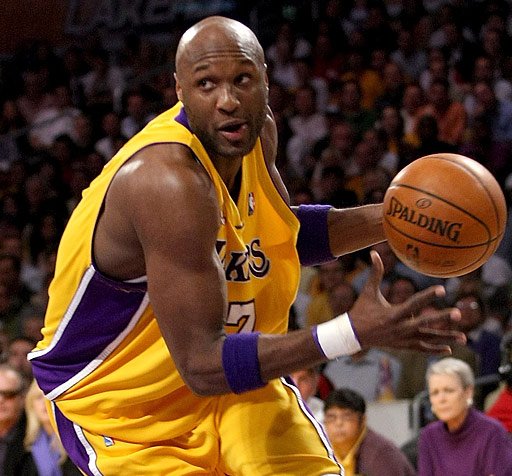 Officers from the Californian Highway Patrol pulled over the former LA Lakers star’s Mercedes-Benz on the 101 freeway in the San Fernando Valley, California, at 4 a.m.

Officers claim Lamar Odom was driving well below the speed limit and in a “serpentine manner”.

Lamar Odom reportedly initially refused a field sobriety test, then failed it and was held at Van Nuys police station before being released later that day on $15,000 bail.

California Highway Patrol public information officer Leland Tang, told Radaronline at the time that the basketball player also refused a drug test which resulted in the immediate suspension of his license.

The officer said: “He did what no one should ever do, he refused the chemical tests.

Lamar Odom is now facing six months in jail and a $1,000 fine if convicted.

For the last month there has been increased speculation that Lamar Odom has abused drugs and the basketball pro is allegedly battling an addiction to crack cocaine.

A source has alleged that Lamar Odom entered an outpatient program this week to seek treatment but went on to claim that he missed a session on Tuesday.

There have also been allegations that Lamar Odom had cheated on Khloe Kardashian with multiple women.