At least 37 people have died in a fire that engulfed a psychiatric hospital in north-western Russia, officials say.

The blaze occurred in the village of Luka, in Novgorod region. The timber-built hospital housed some 60 people.

A nurse who tried to guide patients to safety was among the dead, Russian media report. So far 22 bodies have been recovered at the scene.

The fire broke out just before 03:00 local time. A patient smoking may have started it.

Officials had previously ordered the building to be closed because of safety concerns. 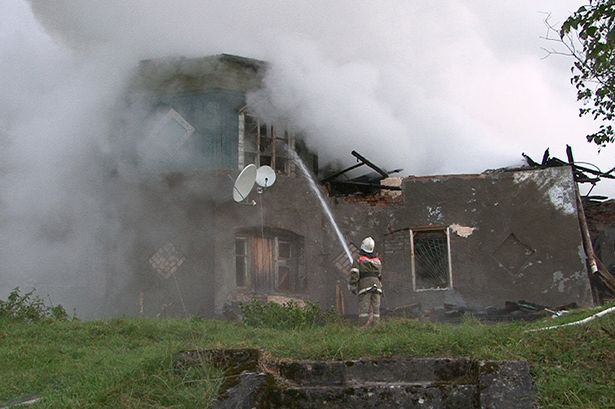 “Medical personnel saw a patient who was shrouded in flames. It’s possible that he was smoking in bed and the mattress caught fire,” regional governor Sergei Mitin told Russia’s Interfax news agency.

He added that the ward housed severely ill patients.

The patients and staff had been ordered to move to a new building by August 2014 because the timber hospital was unsafe.

Twenty-three people managed to flee the blaze. A senior investigator from the ministry for emergencies, Yuri Deshevykh, said the fire alarm had worked, triggering an evacuation.

The fire was extinguished overnight, and hundreds of rescuers are searching the nearby forest, hoping to find any survivors who may have taken refuge there.

A criminal investigation is now under way for “causing death by negligence”.

Several fires at state institutions across Russia in recent years resulted in heavy loss of life.

In April, a blaze at another psychiatric hospital near Moscow killed 38 people.