Syrian President Bashar al-Assad has appeared on Russian TV to confirm that his country’s chemical weapons will be placed under international control.

Bashar al-Assad’s comments, to Rossiya 24, came as US and Russian foreign ministers prepared to meet in Geneva to discuss the plan, proposed by Russia earlier this week.

He insisted that the move was a result of the Russian initiative and not the threat of US military action.

The US accuses the Syrian regime of killing hundreds in a chemical attack.

Syrian government denies the allegation, blaming rebels for the attack in the Ghouta area of the capital, Damascus, on August 21.

Russia announced its proposal for dealing with the escalating chemical weapons crisis on Monday, as the US Congress was preparing to vote on whether to back President Barack Obama’s moves towards military action against Syria. 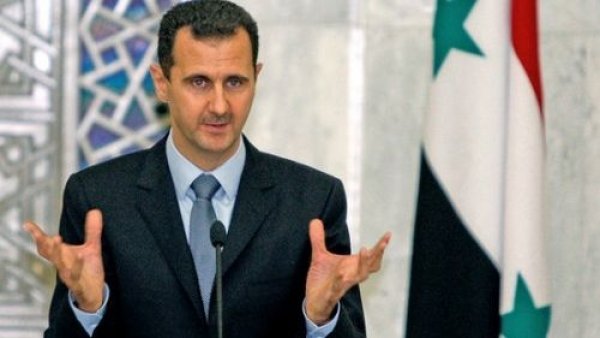 In his interview, which has not yet been broadcast in full, Bashar al-Assad told state-run Rossiya 24: “Syria is placing its chemical weapons under international control because of Russia. The US threats did not influence the decision.”

He confirmed that Syria would send relevant documents to the UN “in the next few days” as part of the process of signing the chemical weapons convention.

Bashar al-Assad said Syria would then submit information on its chemical weapons one month after signing.

He also said that Russia’s proposal was “not unilateral”, adding: “Syria will accept it if America stops military threats and if other countries supplying the rebels with chemical weapons also abide by the agreement.”

Bashar al-Assad said only Russia could make the agreement happen as “Syria has neither contacts with, nor trust in, America”.

Sergei Lavrov – who is scheduled to meet US Secretary of State John Kerry in Geneva on Thursday to discuss the plan – said during a visit to Kazakhstan: “I am sure that there is a chance for peace in Syria. We cannot let it slip away.”

He did not mention the destruction of the weapons, which was part of Moscow’s original proposal but is thought to be a sticking point in negotiations with Damascus.