According to a US institute, steam has been seen rising from North Korea’s Yongbyon nuclear facility, suggesting that the reactor has been restarted.

The color and volume of the steam indicated that the reactor was in or nearing operation, the institute said.

The reactor can produce plutonium, which North Korea could use to make nuclear weapons.

Analysts believe North Korea already possesses between 4 and 10 nuclear weapons, based on plutonium produced at the Yongbyon reactor prior to mid-2007, when the facility was closed down.

The report, which was published on the 38 North website on Wednesday, was written by the US-Korea Institute at Johns Hopkins University. The institute uses satellite imagery to monitor developments in North Korea. 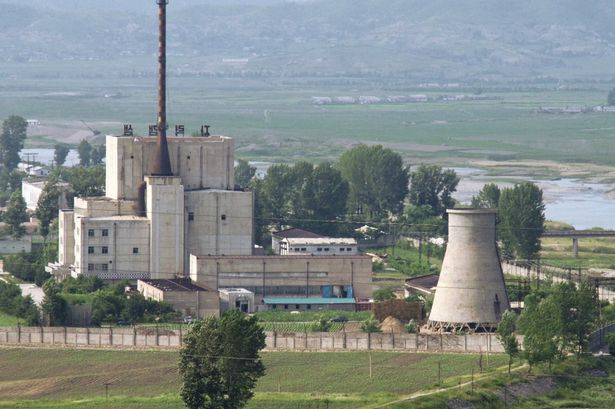 The reactor uses steam turbines to generate electricity, and the steam seen in satellite imagery from August 31 indicated that the electrical system was about to come online, the report said.

“The reactor looks like it either is or will within a matter of days be fully operational, and as soon as that happens, it will start producing plutonium,” said report author Jeffrey Lewis.

“They really are putting themselves in a position to increase the amount of material they have for nuclear weapons, which I think gives them a little bit of leverage in negotiations, and adds a sense of urgency on our part,” he added.

The five megawatt reactor can produce spent fuel rods that can be made into plutonium, which experts believe North Korea used for its nuclear tests in 2006 and 2009. North Korea conducted its third, most-recent test in February, but it is not clear whether plutonium or uranium was used.

In a November 2010 reportfollowing a visit to Yongbyon, US scientist Siegfried Hecker said that based on what he saw he believed North Korea could “resume all plutonium operations within approximately six months” at Yongbyon, then shut down, if so inclined.

Analysts at the Institution for Science and International Security, a think tank, said it would take a considerable amount of time before North Korea could use any new plutonium in nuclear weapons.

“Given that North Korea will likely need two-three years before it discharges irradiated fuel containing plutonium and another six to 12 months to separate the plutonium, there remains time to negotiate a shutdown of the reactor before North Korea can use any of this new plutonium in nuclear weapons,” it said in a report.

Analysts say the reactor can produce six kg (13 lbs) of plutonium a year – enough to make one to two nuclear bombs.

Both the US State Department and South Korea’s National Intelligence Service have declined to comment directly on the report, saying they do not comment on intelligence matters, AP news agency reported.

North Korea closed the Yongbyon reactor in July 2007 as part of a disarmament-for-aid deal.

The cooling tower at the facility was later destroyed, but then the disarmament deal stalled, partly because the US did not believe Pyongyang was fully disclosing all of its nuclear facilities.

In 2010, North Korea unveiled a uranium enrichment facility at Yongbyon to Siegfried Hecker.

Siegfried Hecker said that while the facilities appeared to be for electricity generation purposes, it could be readily converted to produce highly-enriched uranium for bombs.