Capital One Purchase Eraser commercial features Alec Baldwin pretending to be a secret agent and a smoking hot woman rolling up on him on a motorcycle asking if he needs backup.

Ever wondered who that actress is? Her name is Tiffany Dupont from Virginia. 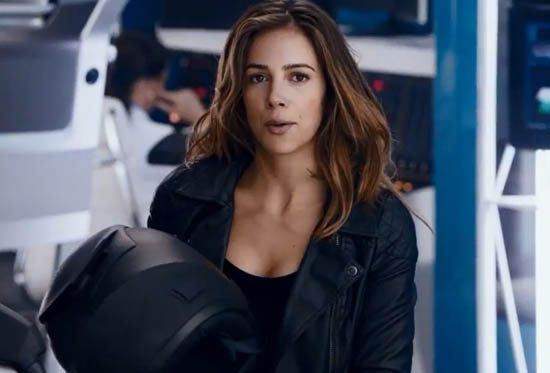 Capital One girl in black leather is Tiffany Dupont

Tiffany Dupont is a graduate of the University of Georgia and has appeared on TV shows such as Hawaii Five-0, Supernatural, Franklin & Bash, Castle, and CSI: Miami and will be in a film in 2013 called Born to Race: Fast Track.

She even has her own Wikipedia page, the true sign of fame.