Apple shares fell more than 5% as investors worried that its latest iPhone models may not help it increase its share in emerging markets.

But the basic 5C model, with 16 gigabytes of storage, has been priced at $740, which analysts said was still expensive for emerging markets.

Apple has found it tough to boost its share those markets against competition from firms such as Samsung and Huawei.

“It doesn’t have the same range in price that Apple’s competitors have,” he added. 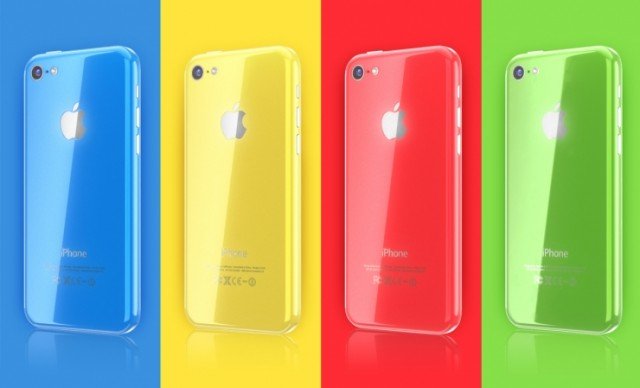 The company has enjoyed tremendous success in developed markets with its iPhone models.

However, Apple has not been able to repeat that in emerging economies such as China and India, not least because its products are relatively more expensive.

One of the key reasons has been that unlike the developed markets, many mobile carriers do not subsidize phones in these countries.

That makes low-cost phones a much more affordable option for consumers. Many had hoped that Apple would launch a low-end phone to try to lure those buyers.

“The pricing on the iPhone 5C is simply not low enough to adequately address the significant global growth opportunity that we believe exists with unsubsidized prepaid customers that have not yet bought a smartphone,” said Walter Piecyk, an analyst with BTIG Research.

“We believe Apple is foregoing a valuable and relatively easy way to return to earnings growth.

“The real question is whether Apple plans to ever go after these markets or rather just remain a high-end phone maker.”

Investors had also been hoping for an announcement of a deal with China Mobile, the world’s biggest phone company with nearly 700 million subscribers – who could be potential customers of Apple’s phones.

Analysts said that the lack of any announcement also hurt investor sentiment.