Pope Francis has received a 20-year-old white Renault 4 to drive himself around Vatican City.

Known for his humble lifestyle, Pope Francis said he used to drive the same car in his native Argentina.

In a bid to encourage austerity in the Church, the Pope has urged officials to avoid using expensive limousines. 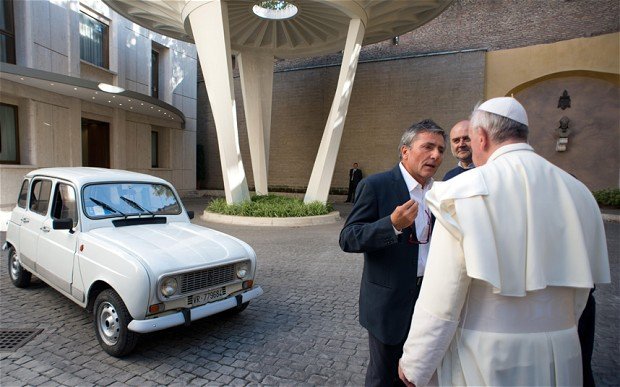 Father Renzo Zocca said he was moved by the Pope’s effort to create “a Church for the poor”, and told the Italian magazine Famiglia Cristiana that he wanted to give him a gift.

“What better than my old Renault 4?” he asked.

Father Renzo Zocca said he was surprised to receive a phone call from the pontiff accepting the gift.

The Italian priest turned up at his Vatican residence on Saturday to present the car.

Pope Francis’ bodyguards were amazed when he took the keys and drove off.