President Barack Obama has said he will put plans for a military strike against Syria on hold if the country agrees to place its chemical weapons stockpile under international control.

However, the US president said he was skeptical the Syrian government would follow through.

As the US Congress debates authorizing an attack, Russia on Monday proposed Syria relinquish its chemical weapons.

The US accuses Damascus of war crimes including use of chemical weapons, allegations denied by the regime.

Barack Obama on Monday gave a series of television interviews aimed at building support among a US Congress and public wary of new military action in the Middle East.

The president maintains a limited strike is needed to punish Syrian President Bashar al-Assad’s regime for the use of chemical weapons and to deter it from using them again.

“I want to make sure that norm against use of chemical weapons is maintained,” Barack Obama told ABC News.

“That’s in our national security interest. If we can do that without a military strike that is overwhelmingly my preference.”

Asked by Diane Sawyer of ABC News if he would put plans for an attack on pause should Bashar al-Assad yield control of his chemical weapons, Barack Obama answered: “Absolutely, if in fact that happened.”

Barack Obama said he would continue to press the US Congress to back a resolution authorizing him to take military action against Syria, but he implied the timeline for action had shifted. 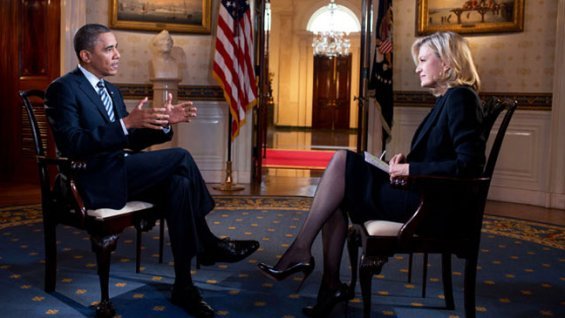 “The stakes are high, but they are long term,” he said, adding that he did not “foresee a succession of votes this week, or any time in the immediate future”.

Barack Obama added: “I don’t think that we would have gotten to this point unless we had maintained a credible possibility of a military strike, and I don’t think now is the time for us to let up on that.”

US senators had been expected to take a first vote on the issue on Wednesday, but the test vote on the legislation was postponed on Monday by Senate Majority Leader Harry Reid who cited “international discussions” as a reason for the delay.

Many US politicians and members of the public remain concerned that military action could draw the nation into a prolonged war and spark broader hostilities in the region.

Support in Congress for a measure authorizing attacks on Syria has remained relatively low, with more than 230 of the 433 members in the House of Representatives reportedly either opposed to or likely to oppose strikes as of Friday.

In addition, opinion polls suggest Americans remain wary of a strike against Syria, with only one in five believing that a failure to respond to chemical weapons attacks would embolden other governments, according to an Associated Press poll concluded on Monday.

Barack Obama’s remarks came after Russia asked Syria to put its chemical weapons stockpiles under international control and then have them destroyed, in an attempt to avoid US military strikes.

The idea appeared to have stemmed from an inadvertent suggestion by Secretary of State John Kerry.

When asked at a news conference whether there was anything Bashar al-Assad could do to avoid a military strike, John Kerry replied that he could hand over his entire stockpile of chemical weapons within the next week.

Although US officials subsequently said John Kerry had made a “rhetorical argument” rather than a serious offer, Russian Foreign Minister Sergei Lavrov later said he presented the proposal during talks with his Syrian counterpart, Walid Muallem.

Sergei Lavrov revealed that he had urged Walid Muallem to “not only agree on placing chemical weapons storage sites under international control, but also on their subsequent destruction”.

He said he had also told Walid Muallem that Syria should then fully join the Chemical Weapons Convention.

Walid Muallem told reporters through an interpreter that Syria welcomed the initiative, and he praised Russia for “attempting to prevent American aggression against our people”.

Barack Obama on Monday told NBC News he was “skeptical” of Syria’s professed interest in relinquishing its weapons, because “this is not how we’ve seen them operate over the last couple of years”.

But he suggested the matter would never have arisen in talks between Russia and Syria “unless we had maintained a credible possibility of a military strike, and I don’t think now is the time for us to let up on that”.