Lung cancer drug gefitinib could be given to women with ectopic pregnancies in a bid to help them avoid surgery.

A joint study by researchers in Edinburgh and Melbourne, Australia, found that combining gefitinib with existing treatment was more effective at curing the condition.

An ectopic pregnancy is when an embryo implants in the Fallopian tube.

It can be treated with drugs if identified early, but surgery is needed when it is more developed.

The study, published in the journal Obstetrics and Gynaecology, involved a trial of 12 women. 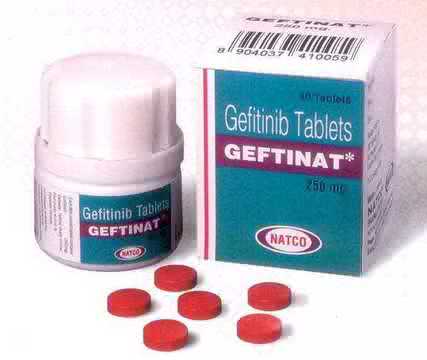 Gefitinib, usually used to treat lung cancer, blocks a protein that is known to encourage cell growth, and which was found to be present in high levels at the site of ectopic pregnancies.

Scientists from the Edinburgh University’s medical research council centre for reproductive health, and the University of Melbourne, suggested that combining gefitinib with the conventional treatment – called methotrexate – could reduce the need to remove the Fallopian tube in a significant number of cases.

They said this would help a patient’s level of fertility.

The researchers also found that the drug combination was able to shorten the time it took to successfully treat ectopic pregnancies in women who did not need surgery.

Dr. Andrew Horne, who led the study, said: “An ectopic pregnancy can be extremely stressful for the woman involved.

“If we can reduce the need for surgery, and thereby help fertility levels, then that would be an enormous benefit.

“Reducing the treatment time for women who do not need surgery would also have a significant impact in reducing the emotional stress of such a diagnosis.”