Demi Moore and Ashton Kutcher – who are still thrashing out a divorce settlement – had been at the same tech event in San Jose and shared a flight back to Burbank airport in Los Angeles.

As they walked through the arrivals area, Ashton Kutcher, 35, and 50-year-old Demi Moore appeared to be locked in intense, friendly and very genuine conversation.

Ashton Kutcher could be heard telling Demi Moore about what sounded like a project: “It could really work,” as the pair were approached by photographers and video journalists eager to capture the reunion.

They eventually ended the conversation and went their separate ways, but it seemed clear that Demi Moore and Ashton Kutcher are back on cordial terms.

The sighting comes as a surprise as the latest on Hollywood’s former golden May to December couple suggested that Demi Moore was seeking spousal support from Ashton Kutcher, a contentious issue considering her already vast fortune.

According to TMZ.com, Demi Moore, who already has more in the bank than Ashton Kutcher, had demanded spousal support from her former partner.

Demi Moore was said to want Ashton Kutcher, now in a serious relationship with Mila Kunis who is at the Toronto Film Festival, to help pay for renovations she wants on her $25 million apartment in New York. 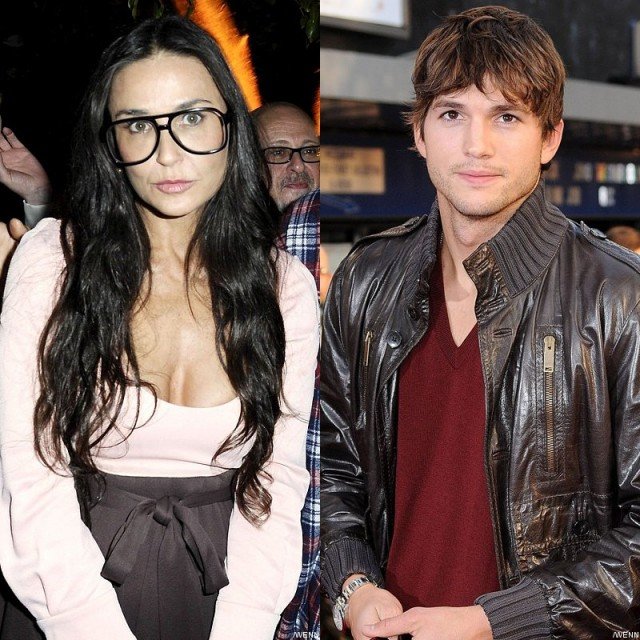 A source told the New York Post: “Ashton and Demi are still not divorced, and no settlement has been agreed, even though they have been in negotiations for over a year.

“Ashton made a lot of money after they married, but he doesn’t believe he owes her as much as she is asking for.”

TMZ also reported that Demi Moore’s also unhappy about Ashton Kutcher setting up an online business and felt she should get a part of it despite him setting it up following their much publicized break up.

RadarOnline.com claims Ashton Kutcher has made $20 million from his investment in the tech firm and therefore Demi Moore was trying to get a $10 million share, but this looks unlikely now.

Although Ashton Kutcher is reportedly willing to hand over Demi Moore something in a bid to end the marriage, despite her net worth being $150 million – $10 million more than Kutcher.

As Ashton Kutcher didn’t have a pre-nuptial agreement when he married Demi Moore, it means that she may be entitled to a portion of his substantial earnings while they were together.

In her filed divorce papers, Demi Moore cites “irreconcilable differences” as the reason for the split, stating the date of marriage as September 24th, 2005 and the date of separation as November 17, 2011 – two months after Ashton Kutcher’s alleged one-night stand with party girl Sara Leal.

Demi Moore and Ashton Kutcher are jointly worth a reputed $285 million and in the last year alone Ashton earned $24 million from the CBS show Two And A Half Men.

Ashton Kutcher filed for divorce in December, 2012 – a year after their split.