Dennis Rodman, who was in North Korea last week on a “basketball diplomacy tour”, made the comments in an interview with The Guardian newspaper.

He said that he spent time with Kim Jong-un’s family by the sea, and described him as “a good dad”.

Kim Jong-un leads one of the most secretive countries in the world, with relatively little known about his personal life.

“The Marshal Kim and I had a relaxing time by the sea with his family,” Dennis Rodman said. 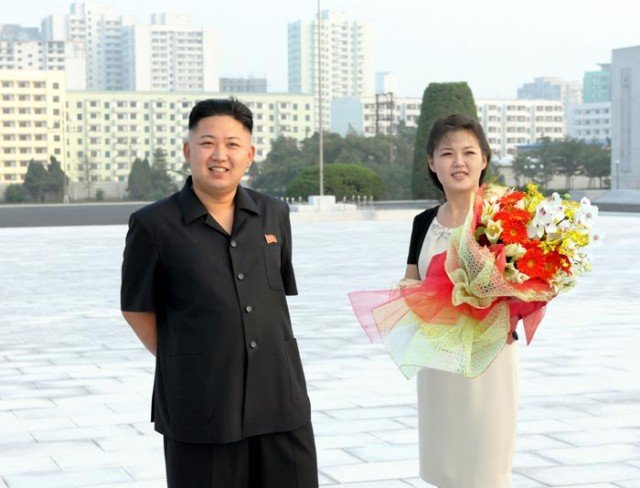 “I held their baby Ju-ae and spoke with [Kim Jong-un’s wife] as well. He’s a good dad and has a beautiful family,” he said.

Last year, photos of Ri Sol-ju, Kim Jong-un’s wife, prompted speculation that she was pregnant, although there was no official confirmation.

North Korea only confirmed Ri Sol-ju was Kim Jong-un’s wife in July 2012, a month after she was first seen in public with him.

Dennis Rodman, who has visited North Korea twice this year, remains the most high-profile American to meet Kim Jong-un since the leader took over after his father died in 2011.

Speaking to reporters in Beijing on Saturday, after his return from North Korea, Dennis Rodman angrily rejected calls to lobby for the release of American citizen Kenneth Bae detained in North Korea.

“That’s not my job to ask about Kenneth Bae,” he said.

Kenneth Bae (known in North Korea as Pae Jun-ho) was arrested in November 2012 and sentenced to 15 years’ hard labor in May.

Last month, North Korea revoked an invitation for Robert King, the US special envoy for North Korean rights, to visit Pyongyang to discuss the case.