The Indian currency, one of the world’s worst performers this year, rose 2.3% against the US dollar.

On Wednesday, Raghuram Rajan unveiled a series of measures aimed at propping up the currency and liberalizing the country’s banking sector.

“To a certain extent, the recent rupee tumble and instability in the financial markets has been a crisis of confidence,” said Radhika Rao, an economist with DBS Bank.

“To that end, the path of action provided by the new governor and the stress on keeping communications predictable and consistent will be a welcome move.”

One of the biggest issues facing the Indian economy has been the sharp decline in the rupee. 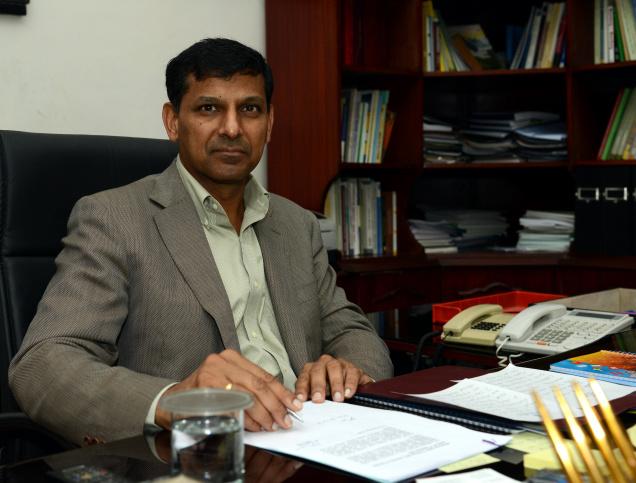 The Indian currency has dipped nearly 20% against the US dollar since May, as international investors pulled out money from the country.

The pull-out has been triggered by a range of factors, including slowing economic growth and a lack of key reforms. At the same time, a recovery in the US economy has also made India a less attractive option for investors.

India’s central bank has taken some steps to try to maintain the rupee’s value and also shore up confidence in the economy.

However, these measures, which include increasing duty on gold, imposing capital controls and raising short-term interest rates, have failed to have any significant impact.

When he took charge, Raghuram Rajan announced that some of the actions that he would take to tackle the issue “will not be popular”.

“The governorship of the central bank is not meant to win one votes or Facebook <<likes>>. But I hope to do the right thing, no matter what the criticism, even while looking to learn from the criticism,” he said.

Raghuram Rajan’s statement has helped to restore confidence, with the Indian currency rising more than 2% to 65.53 rupees against the US dollar on Thursday.

He also unveiled steps aimed at opening up the country’s banking sector.

Under the new rules, Indian banks will no longer have to seek the central bank’s approval for each branch they want to open.

However, the banks will be obliged to open branches in rural areas – in proportion with their expansion in the cities – in order to extend financial services to all areas of the country.

Raghuram Rajan added that the central bank would also look at easing the requirement for banks to invest in government bonds, to free credit for productive parts of the economy.

Analysts said the moves indicated that Raghuram Rajan would take concrete steps to tackle the issues facing the country.