Fox and Friends co-host Tucker Carlson said he was lost in good thoughts when caught snoozing on live television. 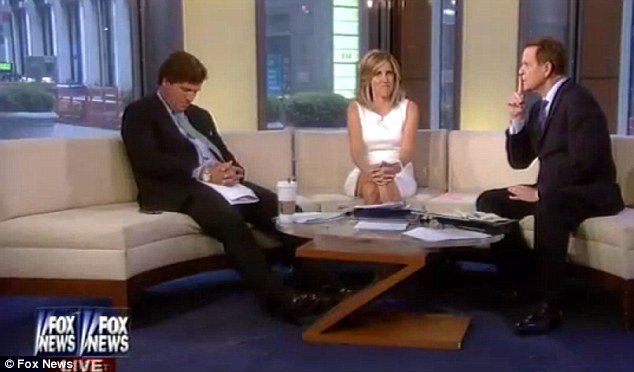 When Tucker Carlson awoke from his slumber he begged: “I know we’re not on television… Are we honestly live?”

He did what many would do – took a sip of coffee and said he’d “roll with it,” seeking further assurance that he’s daydream had turned nightmare.

Tucker Carlson’s excuse was he’d been up late the night before as a replacement on the Sean Hannity Show.

Laughter rang around the studio and Mike Jerrick said there was “no need to be embarrassed”.

Maybe not, but it’s no wonder former CNN anchor Tucker Carlson’s own show on MSNBC, Tucker, was axed for low ratings, but he’s found the perfect gig as a regular late-night panelist on the aptly-named Fox News show, Red Eye.