Former South African President Nelson Mandela has left a Pretoria hospital and has gone to his Johannesburg home, where he is continuing to receive intensive care, the presidency says on its website.

The announcement came a day after officials denied reports that Nelson Mandela, 95, had already been discharged.

South Africa’s first democratically elected president has been in hospital since June with a lung infection.

Nelson Mandela, a Nobel Peace Prize laureate, is revered around the world for leading the fight against white minority rule and preaching reconciliation with the white community despite being imprisoned for 27 years.

“His team of doctors are convinced that he will receive the same level of intensive care at his Houghton home that he received in Pretoria [hospital],” the statement from President Jacob Zuma’s says.

It adds that Nelson Mandela’s home in the suburb of Houghton has been “reconfigured to allow him to receive intensive care there” and he will be treated by the same health care personnel who have been looking after him since June 8. 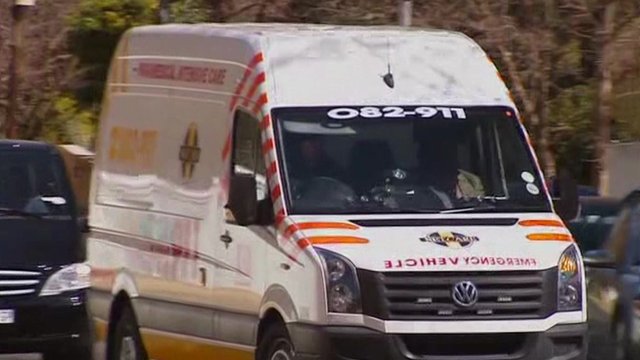 If necessary, he will be readmitted to hospital, the presidency says.

Despite his various illnesses, the statement from Jacob Zuma’s office notes, the former president had displayed “immense grace and fortitude”.

The South African government has released few details about his condition, appealing for Nelson Mandela’s privacy and dignity to be respected.

Correspondents say this is not the discharge of a man who has made a significant recovery but the transfer of a patient from an intensive care ward in a hospital to a specially built intensive care unit in his own home, presumably in line with his family’s wishes.

“It is a day of celebration for us, that he is finally back home with us,” said his grandson Mandla Mandela.

On Saturday, sources close to Nelson Mandela told the international media that he had already returned home.

This was denied by South Africa’s presidency, which handles all communications about the former leader’s health.

Nelson Mandela’s lung condition is said to result from the tuberculosis he contracted during the 27 years he spent in prison for taking up arms against white minority rule.

He is been hospitalized four times in the past year and his latest stay lasted 84 days.

He became president after 1994 elections – the first time black South Africans were allowed to vote – and stepped down five years later.