Sandra Bullock and George Clooney have previously been subject to speculation about whether their relationship has ever crossed the line into romance.

Whilst male and female co-stars are usually fairly affectionate when posing together on the red carpet, a series of intimate shots led to speculation that romance was definitely bubbling between the co-stars.

Newly single George Clooney, who recently split from his wrestler turned model girlfriend Stacy Keibler, was snapped on more than one occasion staring at Sandra Bullock somewhat like a love sick puppy. 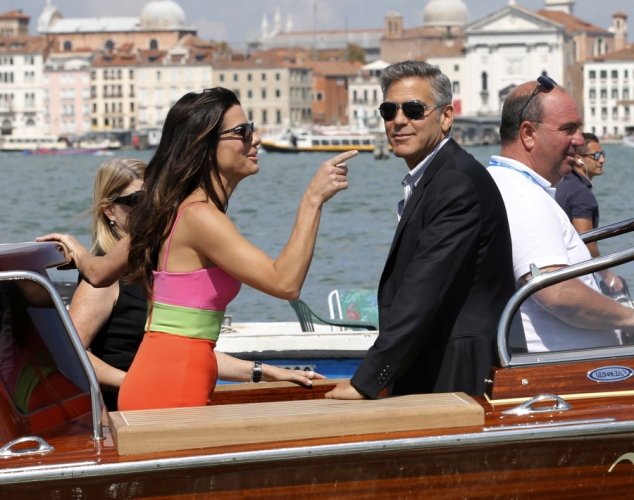 George Clooney’s body language only served to inflame the rumors as he kept leaning into Sandra Bullock and tending to her every need, at one point even affectionately mopping her brow.

This led to claims that George Clooney, 52, was “making eyes” at his long time friend.

Sandra Bullock was quick to shoot down the rumors telling Associated Press, “He was not making eyes. Maybe cross eyes but that’s the extent of his goggle eyes.”

The actress explained that the pair had known each other long enough to have enough “dirt” on each other to command a deep level of “respect and understanding”.

Despite not having romantic feelings for George Clooney, Sandra Bullock professed her deep affection for him saying: “I adore George.”

Meanwhile incorrigible bachelor George Clooney released a statement through Warner Brothers confirming the platonic nature of his relationship with Sandra Bullock saying: “We are just friends. We have known each other before either of us had success in films so there is no pretense.”