Backstreet Boys will open the 48th annual MDA Show of Strength Telethon tonight at 9/8c, on ABC television stations across the country.

The multiplatinum group of A. J. McLean, Howie Dorough, Nick Carter, Kevin Richardson and Brian Littrell will perform their newest single In A World Like This from their eighth studio album and nationwide tour of the same name.

In addition to their new song, the group will treat the viewing audience to a BSB classic when they launch into one of the most popular hits of their 20-year career, I Want It That Way. 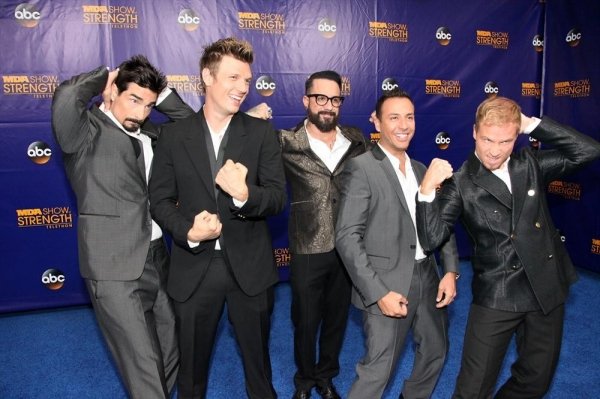 “Performing at an event like the MDA telethon has a much deeper meaning to us now that we all have families or children of our own,” said Brian Littrell.

“When I met the families at the show, I made sure to tell them that their children are an inspiration to all of us, and I encouraged them to be strong, and to continue to hold their loved ones close and fight together. We hear that research for many of these diseases is moving at an incredible pace, so we all agree that we’ll continue to do our part to help MDA keep moving forward in its search for treatments and cures.”