Home Entertainment Alan and Lisa Robertson open up about faith, family and TV

Duck Dynasty has a lot of Americans riveted to their TV sets and a lot of pundits scratching their heads about how this reality-based sitcom about an eccentric, tight-knit Louisiana clan of bearded, bandanna-ed men, along with their wives, children and family-business employees, came to captivate a nation.

For a lot of the show’s Christian fans, it’s become a rare place on a mainstream cable or broadcast network where they can see characters openly expressing – and living – their faith in a positive context.
While most of the TV time follows the Robertsons navigating their daily lives of manufacturing duck calls at Duck Commander and managing marriages, parenthood and the quirks of each other’s personalities, each episode ends with the family gathering at dinner and saying a prayer.

In real life, faith is central to the Robertson family, since beardless eldest son Alan Robertson – who was off-camera for Duck Dynasty‘s first three seasons. 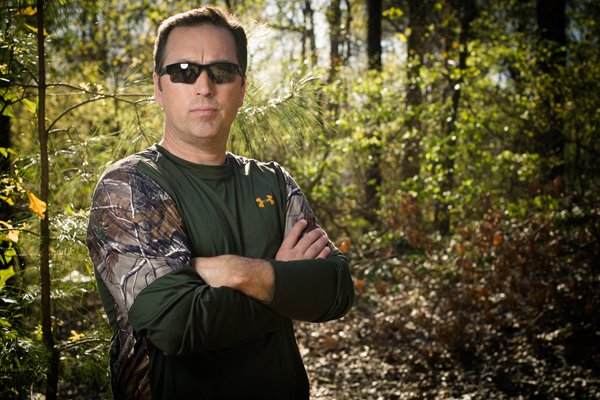 Alan Robertson has been pastor of White’s Ferry Church of Christ in West Monroe, Louisiana, for 20 years

Alan Robertson has been pastor of White’s Ferry Church of Christ in West Monroe, Louisiana, for 20 years, and the rest of the clan is active in the congregation.

With the on-screen arrival of Alan Robertson in Duck Dynasty Season 4, faith may come even more to the forefront.

In an interview with CBN’s 700 Club, Alan Robertson talked about making the decision to join the TV side of the family empire.

“My high-school years were just terrible, and it was all a secret life – running around and drinking and cutting up. So, I was at the worst possible place – I was hiding in plain sight. I was in the church, but I wasn’t a Christian. I wasn’t living for Christ.”

He also spoke about traveling the nation with his father Phil Robertson to preach: “I call us the feather and the sledgehammer. I come in, and I get people laughing. I get their tickle-bone, because I’m kind of the humor guy.

“And then dad comes in with a sledgehammer – boom!– you know. <<This is what God has done for you. This is what our nation needs>>. Boom, boom, boom!”

Alan Robertson explained: “I really feel like God had prepared us for such a moment as this. And when America needs some family to say, <<Hey, we can make mistakes, you know, we can come from nothing – we can have all these things now, but ultimately none of it matters except that we’re saved, and we’re going to be in heaven with Christ forever>>.”

His wife, Lisa Robertson, was also interviewed in the segment, and here’s her thoughts on taking their message beyond the physical congregation: “To have a great church is good. But there is people out there that’s not ever going to darken the doors that we have here. And they may not ever darken the doors of any church building.

“And so, if we can give them a little taste of Christianity, a little taste of God, but in a fun way, to tell them that just because you’re a Christian doesn’t mean that you can’t have loads of fun and laugh all the time and just enjoy what God’s given you.”