The Pentagon has decided to move its forces closer to Syria as the US weighs its options in the conflict there, Defense Secretary Chuck Hagel has suggested.

Chuck Hagel gave no details, but media reports say the US Navy is strengthening its presence in the eastern Mediterranean.

On Friday, President Barack Obama said fresh allegations of chemical weapons use by the Syrian government this week was of “grave concern”.

Syria’s main ally Russia said there was evidence rebels were behind the attack. 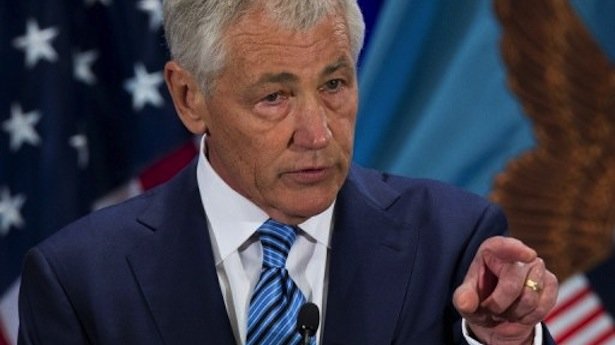 The Syrian opposition, however, has said hundreds died in a government assault on the outskirts of Damascus on Wednesday.

Despite calls from many different countries, there is no sign yet that the Syrian authorities will allow a UN inspection team to visit to investigate the claims.

The UN’s disarmament chief, Angela Kane, is due to arrive in Damascus on Saturday to push for access to the site. UN Secretary General Ban Ki-moon said he is determined to “conduct a thorough, impartial and prompt investigation” into the events.

Unverified footage shows civilians – many of them children – dead or suffering from what appear to be horrific symptoms as a result of the attack.

Chuck Hagel said President Barack Obama had asked the Pentagon for options on Syria, amid rising pressure on the US to intervene.

“The defense department has responsibility to provide the president with options for all contingencies,” he said.

Chuck Hagel was speaking to reporters travelling with him to Malaysia.

Earlier, US defense officials said a fourth US warship – armed with cruise missiles – had been moved into the eastern Mediterranean Sea.

The officials stressed that the US Navy had received no orders to prepare for military action.