India’s rupee has hit a record low against the dollar despite recent efforts to prop-up the currency.

On Wednesday India’s central bank put further restrictions on the amount of money that companies and individuals can send out of the country. 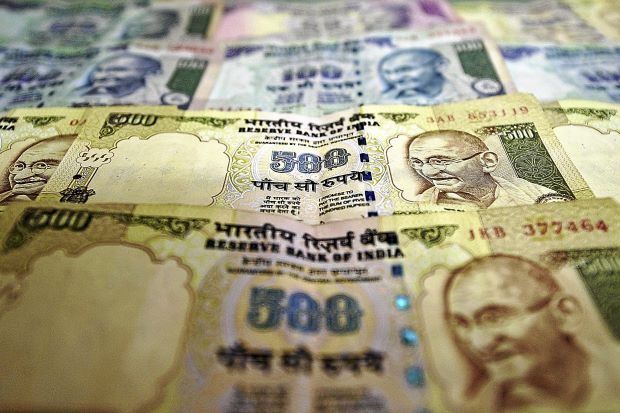 Overseas investors have been pulling money out of Indian shares and debt on concerns over the economy.

According to official data, international investors withdrawn $11.58 billion in shares and debt from India’s markets since the beginning of June.

India’s economy had been growing at a fast clip, reaching annual growth of 9%.

In recent months, it has seen a sharp decline largely because of a slowdown in its manufacturing and services sectors.

“There is a complete lack of faith in the markets. There are fears that the RBI [Reserve Bank of India] measures may not help improve the rupee,” said Param Sarma, chief executive with NSP Forex.