Jon Brookes had suffered a seizure on tour with the band in 2010 and had been receiving treatment for a brain tumor.

He had undergone several operations, but had still been working on new material with the band over the summer.

Jon Brookes died in hospital on Tuesday morning with his family at his bedside.

The Charlatans frontman Tim Burgess tweeted that the band was “torn apart” at the news and sent love to Jon Brookes’s family.

“Jon Brookes, my friend, our drummer and inspiration to so many, passed away this morning. We are torn apart. Love & thoughts to Jon’s family,” he said.

Tim Burgess also thanked “everyone for their messages and memories of Jon Brookes. So much love on such a sad day”. 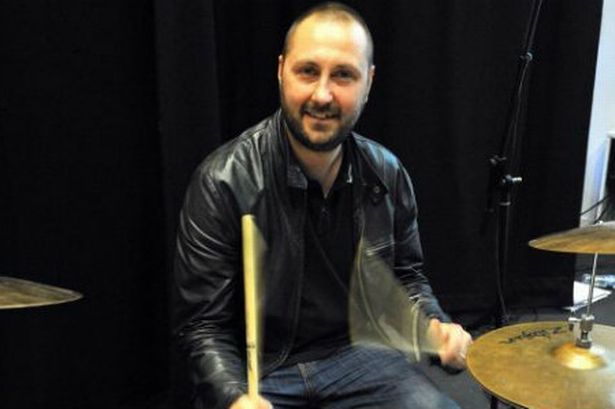 A further statement from the band read: “Jon was a brilliant drummer, an inspiration, a founding member of The Charlatans, part of our family and a friend to everyone in and around the band.

“Losing someone who was always so full of life is a tragedy that will be shared by so many. Our thoughts are with Debbie and all of Jon’s family.”

Jon Brookes was diagnosed with a brain tumor after collapsing during a Charlatans gig in Philadelphia, in the United States in 2010.

He briefly stopped breathing and was helped by a doctor attending the show, before being taken to hospital for emergency treatment.

The rest of their US tour was cancelled as Jon Brookes was flown to the UK for treatment.

Speaking afterwards Jon Brookes described how he “saw lights” in the corner of his eyes before collapsing at the concert and said he was at the “start of the long road of treatment for cancer” but was “feeling fit and positive”.

In July this year the band revealed that Jon Brookes had undergone further surgery for the brain tumor.

They said he had recovered well from the operation but would remain in hospital for additional treatment.

Jon Brookes, of Burntwood, Staffordshire, was a founding member of the band that formed in the West Midlands in 1989.

Another original band member, keyboardist Rob Collins, died in a car accident in 1996.

The Charlatans have had 22 UK top 40 hits, including The Only One I Know, Can’t Get Out Of Bed and One To Another.