Figure-skimming brand Spanx launched a collection of slimming undergarments in honor of their A-list fans like Kim Kardashian, Oprah Winfrey or Adele.

Spanx have launched a “Star Power” range, which they promise will make mere mortals look and feel more like “celebrities on the red carpet in picture-perfect gowns”. 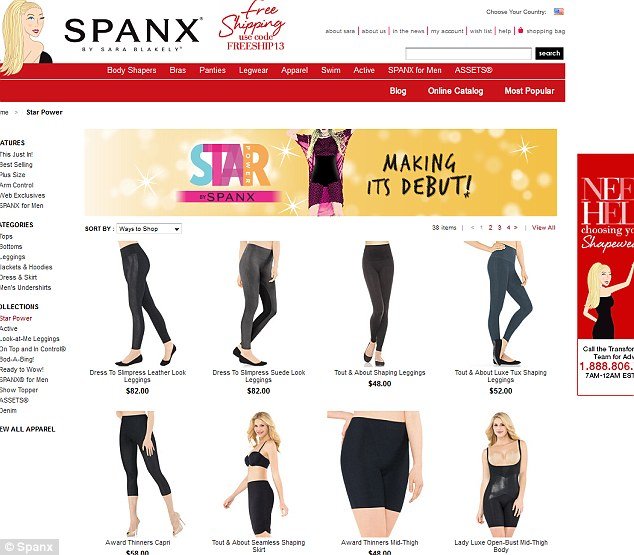 Each product in the range, priced between $28 for a pair of pants and $82 for leggings, has a tongue-in-cheek name like “Dress to Slimpress” or “Award Thinners”.

While most celebrities like to keep their Spanx well hidden, the new range – which is being sold on their website – is seemingly designed to be seen.

There’s leather-look leggings, as well as faux-suede-panelled shapers, which aim to add a dazzling star touch.

The collection is available on Spanx website, spanx.com, and macys.com.

The brand have also unveiled a bra to tackle the dreaded “back fat bulge” and are set to launch a line of loungewear on QVC later this year.

Even tiny-waisted Rochelle from the Saturdays admitted to wearing them under her wedding dress last year.