Justin Bieber, 19, allegedly “went nuts” at a fellow reveler as he partied at hotspot South Pointe, in ritzy New York resort the Hamptons, leading to a physical altercation between members of the star’s entourage and club patrons.

The fight is thought to have been triggered by a heated exchange between Justin Bieber and a male club-goer after a female friend attempted to hit on the singer in his roped-off V.I.P. section.

A source told the New York Daily News: “He ripped his shirt off and went nuts. He was screaming.”

Justin Bieber’s security team quickly intervened and took the star out to the club’s car park to cool off, but according to TMZ things flared up again. 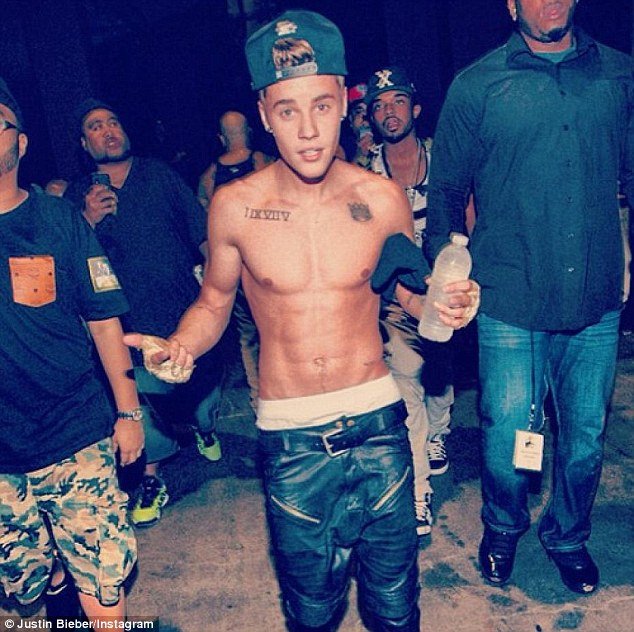 The teen idol – who was by then sat in his SUV – allegedly jumped through the sunroof onto the hood of the car.  At that point it’s unclear what happened, but the alleged victim was knocked out on the cement.

Police confirmed to TMZ Justin Bieber’s entourage went after the club-goer, after he had gotten aggressive with them.

Justin Bieber’s entourage are now under investigation after a nightclub patron was left sprawled out in the parking lot and taken to a hospital.

An investigation is underway after the alleged victim filed a police report.  Justin will not be the target of the investigation.

Earlier in the evening, Justin Bieber’s bodyguards were accused of being ‘heavy-handed’ with fans who had hoped to meet the star.

Justin Bieber arrived with his entourage and four bodyguards at around 2 a.m. and quickly “took over” the V.I.P. area, which was closely guarded by his eagle-eyed minders.

The security team were described as being “intimidating” and “overbearing”, and even flashed a torch in the face of partygoers who tried to snap pictures of Justin Bieber on their cameraphones.