Rihanna and Karrueche Tran narrowly missed an awkward encounter when they both went on a night out to Play House in Hollywood on Thursday night.

While it is unknown whether Rihanna and Karrueche Tran had partied together inside, they both exited the venue separately. 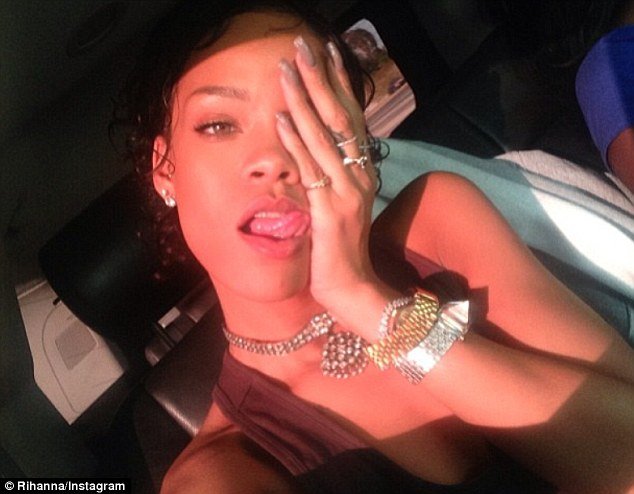 Rihanna, 25, had snuck out the back entrance of the popular late night venue, while Karrueche Tran, 25, departed with a male pal at the front, alongside other party goers.

It is very unlikely that Rihanna and Karrueche Tran had exchanged words inside after having both enjoyed romances with Chris Brown consecutively.

Karrueche Tran is the last one to have picked up where Rihanna left off and is currently dating Chris Brown.

Chris Brown and Karrueche Tran sparked rumors of an official reconciliation in June when they cosied up for a picture together.

Earlier this year, Chris Brown dumped Karrueche Tran to be back in the arms of his superstar ex Rihanna.

But they broke up once more as Chris Brown revealed he would be enjoying his birthday without Rihanna during an Australian radio interview.

Chris Brown told the Kyle and Jackie O show: “I can’t really be focused on wife-ing somebody that young.”

And he seemed to have wasted no time in rekindling his romance with Karrueche Tran following the split.