Home Breaking News US declassifies documents on its phone-snooping

The Obama administration has released documents on its phone-snooping, as a Senate panel questions intelligence officials about the programme.

The declassification was made in the “interest of increased transparency”, intelligence officials said.

However, the three documents include significant redactions.

Meanwhile the father of Edward Snowden, who leaked information about the surveillance, says the FBI has asked him to go to Moscow to see his son.

Lon Snowden told Russian state TV he wants to learn more about the FBI’s intentions. His son is a sought by the US government for revealing details of its electronic snooping by phone and internet.

Meanwhile, slides published by the UK’s Guardian newspaper detailed a secret US surveillance system known as XKeyscore, which reportedly enables American intelligence to monitor “nearly everything a typical user does on the internet”.

The programme includes real-time data and suggests analysts could narrow searches through use of so-called metadata also stored by the NSA, the newspaper reports.

The official US documents released on Wednesday include a court order describing how the data from the programmes would be stored and accessed.

Two reports to US lawmakers on the telephone and email records were also declassified.

But lines in the files, including details on “selection terms” used to search the massive data stores, were blacked out.

For the first time, however, the government acknowledged publicly that using what it calls “hop analysis” it can analyze the phone calls of millions of Americans in the hunt for just one suspect. 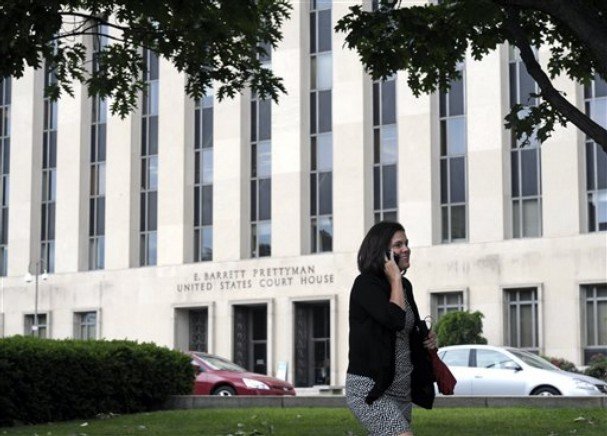 The Obama administration has released documents on its phone-snooping

If the average person calls 40 unique people, such three-hop analysis could allow the government to mine the records of 2.5 million Americans when investigating one suspected terrorist.

Deputy Attorney General James Cole told a Senate judiciary committee hearing on Wednesday that the court order spells out how the government can use call data obtained from telecom giants such as Verizon.

It is the first congressional session on the issue since the House narrowly rejected a proposal to effectively shut down the NSA’s secretive collection of hundreds of millions of Americans’ phone records.

During the early parts of the hearing, NSA deputy director John Inglis said “no” when asked if anyone had been fired over the leak.

“Everyone is working hard to understand what happened.”

Democratic Senator Patrick Leahy, the chairman of the committee, also questioned the deputy director on the number of attacks the agency said had been disrupted by the programmes.

General Keith Alexander, the head of the NSA, has said phone and internet surveillance disrupted 54 schemes by militants.

Sen. Patrick Leahy said a list of the relevant plots provided to Congress does not reflect dozens or, as he said, “let alone 54 as some have suggested”.

John Inglis said the phone surveillance helped disrupt or discover attacks 12 times, and the larger number were foiled thanks to both the phone-records snooping and a second programme collecting global internet users’ data.

In a letter to lawmakers last week, the Obama administration acknowledged there had been an unspecific number of “compliance problems” with the rules governing the secret collection of US phone records.

But the director of national intelligence, James Clapper, said no intentional or bad-faith rules violations were found.

Edward Snowden, the NSA contractor that released the information, has been stuck in transit at a Moscow airport for more than a month after the US revoked his travel documents.

He said he has applied for asylum in Russia but has not been able to leave the airport.

Edward Snowden’s father, Lon Snowden, said in the interview with Russian state TV on Wednesday, he believes his son would not get a fair trial in America and, if he were in his son’s place, he would stay in Russia.

He described his son as a “true patriot” who had “made America a more democratic country” by revealing secret details of the US National Security Agency’s surveillance programmes.

“Edward, I hope you are watching this,” Lon Snowden said in the interview.