International footballer Christian Benitez has died in Qatar at the age of 27.

The Ecuador international striker was admitted to hospital with severe stomach pains shortly after making his debut for Qatari side El Jaish on Sunday.

The footballer capped 58 times by his country and spent the 2009-2010 season on loan at Blues from Santos Laguna but returned to the Mexican side when they decided not to sign him permanently.

Christian Benitez, also known as “Chucho”, had been playing in El Jaish’s 2-0 win against Qatar Sports Club in the Sheikh Jassem Cup.

His new club, who signed Christian Benitez on July 6, confirmed the news a few hours later. 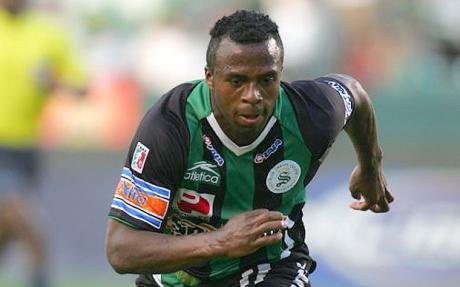 Their statement said: “The club would like to offer its sincere condolences to the family of the player.

“Benitez had recently joined the club from Club America for three seasons. The player participated for the first time with the team during yesterday’s match against Qatar Sports Club in the Sheikh Jassem Cup without complaining of any health problems.

“His sudden departure is a big shock for each member of the technical and administrative staff. He was a player that over the short period he was here was regarded for his high moral character.”

“I had the pleasure to play with him. He was a top bloke. My thoughts go out to his family.”

Christian Benitez scored four goals in 36 appearances during his time in England and came to prominence during the 2006 World Cup in Germany.

The son of Ermen Benitez, one of Ecuador’s all-time leading goalscorers, Christian Benitez left Santos Laguna for Club America, another Mexican side, in 2011.