Researchers say they are closer to developing a blood test that could diagnose Alzheimer’s.

There is no definitive test for the brain-wasting disease. Doctors rely on cognition tests and brain scans.

A technique published in the journal Genome Biology showed differences in the tiny fragments of genetic material floating in the blood could be used to identify patients.

One of the main goals of Alzheimer’s research is to find ways of detecting the disease earlier. 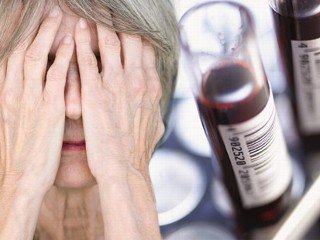 It starts years before symptoms appear and it is thought that future treatments will need to be given before large parts of the brain are destroyed. This will require new ways of testing for the condition.

The team at the Saarland University, in Germany, analyzed 140 microRNAs (fragments of genetic code) in patients with Alzheimer’s disease and in healthy people.

They found 12 microRNAs in the blood which were present in markedly different levels in people with Alzheimer’s. These became the basis of their test.

Early trials showed it was successful and was “able to distinguish with high diagnostic accuracies between Alzheimer’s disease patients and healthy” people.

However, more research to improve accuracy and to see whether it would work in the clinic is still needed before the test would be considered as a way of diagnosing patients.