Bar Rafaeli went make-up free as she strolled around Manhattan on Sunday, revealing some heavy bags under her eyes.

She had been in Spain just days before where she had been tweeting photos of herself wearing an assortment of bathing suits and partying with friends. 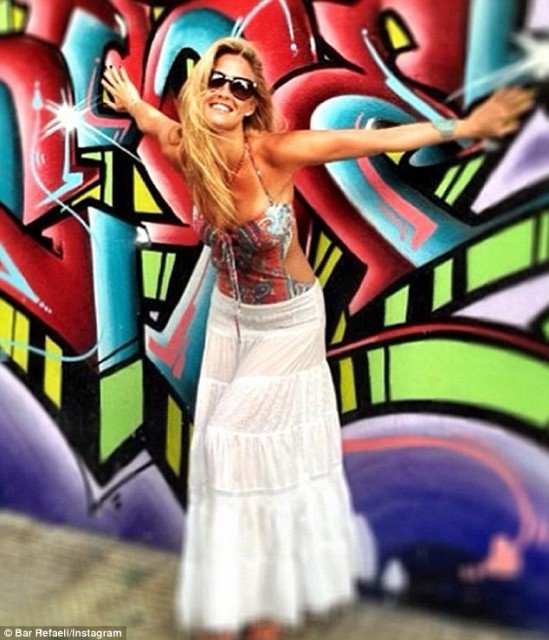 Meanwhile, according to news reports, Bar Rafaeli’s boyfriend and business partner David Balsar’s e-commerce lingerie venture Under.me had to lay off most of its employees last week after sales failed to take off.

The company was started 18 months ago.

David Balsar acknowledged the problems the online underwear company was encountering, but denied that the company was about to be closed.

“We’re cutting costs in order to keep the business very lean and profitable. We have one and a half people doing everything. The responsibility at the moment is to be a profitable business, even if that means slashing manpower,” he said in an interview in Jewish Business News.

Meanwhile, Bar Rafaeli has got her hand in several other ventures, besides her top modeling contracts.

Bar Rafaeli is also filming Israel’s X-Factor and reportedly earning $270,000 to host the show, which is scheduled to air in autumn.