The Sound of Music costumes have sold for $1.3 million at a Hollywood memorabilia auction in California.

The costume was described by auction house Profiles in History as “a heavy brown homespun Austrian-style dress with a wheat-colored homespun blouse.”

Floral lederhosen worn by the Von Trapp children also went under the hammer. 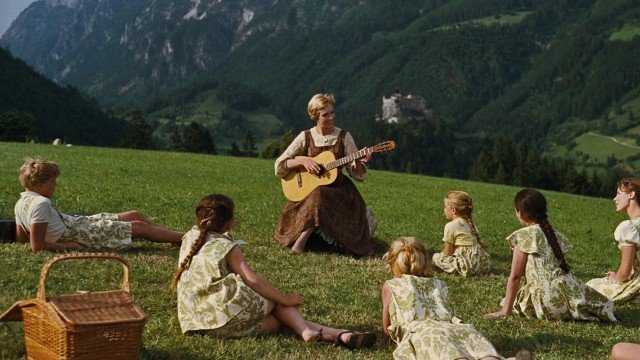 The Sound of Music costumes have sold for $1.3 million at a Hollywood memorabilia auction in California

The Sound of Music, a story of a singing Austrian family trying to escape the Nazis prior to World War II, won five Oscars in 1966.

Julie Andrews told Oprah Winfrey in a 2010 interview that the cast had no idea the film would be so successful when it was first released.

“It made my career. It was that big of a movie,” Julie Andrews said.

Other auctioned items included a painting of Tara from Gone With The Wind, used in the film’s opening sequence. It fetched $270,000.

And a costume worn by James Gandolfini as Tony Soprano in his final scene of the final episode of The Sopranos, sold for $22,000.

The costume was placed in the auction before James Gandolfini died of a heart attack last month at the age of 51.