Italian politicians have reacted with anger after Cecile Kyenge, the country’s first black minister, had bananas thrown at her during a political rally.

Integration Minister Cecile Kyenge, who has suffered racial abuse in the past, dismissed the act as “a waste of food”.

But Environment Minister Andrea Orlando said on Twitter he felt the “utmost indignation” over the incident.

Earlier this month an Italian senator apologized after saying Cecile Kyenge reminded him of an orangutan.

Congolese-born Cecile Kyenge was speaking at a Democratic Party (PD) rally in Cervia on Friday when an unidentified spectator threw bananas towards the stage, narrowly missing her. 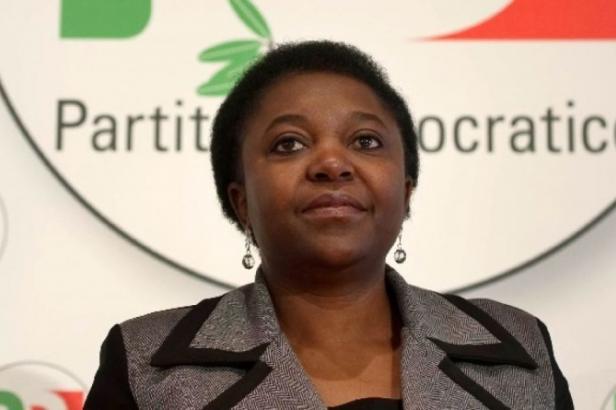 Cecile Kyenge, Italy’s first black minister, had bananas thrown at her during a political rally

Italian police say they are trying to find the culprit.

Responding on Twitter, Cecile Kyenge called the incident “sad” and “a waste of food”.

“The courage and optimism to change things has to come above all from the bottom up to reach the institutions,” she added.

Italian politicians rallied behind her on Saturday with messages of support and condemnation.

Education Minister Maria Chiara Carrozza praised Cecile Kyenge for her courage and determination in such a hostile climate.

Veneto regional governor Luca Zaia from the anti-immigration Northern League also spoke out against the incident, saying: “Throwing bananas, personal insults… acts like these play no part in the civilized and democratic discussion needed between the minister and those who don’t share her opinion.”

Correspondents say the slurs and threats suffered by Cecile Kyenge have highlighted the extent of casual racism in Italian society.

Senate vice-president Roberto Calderoli, of the Northern League, faced calls to quit earlier this month after making the orangutan remarks.

Roberto Calderoli told parliament he had made a “serious mistake” with his “offensive” comment and he would send Cecile Kyenge a bunch of roses.