British scientists have discovered how allergic reactions to cats are triggered, raising hopes of preventative medicine.

A University of Cambridge team has identified how the body’s immune system detects cat allergen, leading to symptoms such as coughing and sneezing.

New treatments to block this pathway raise hopes of developing medicines to protect sufferers, they say. 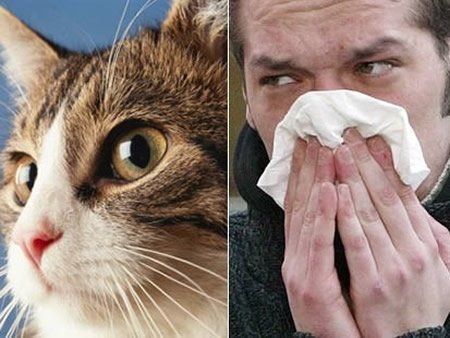 British scientists have discovered how allergic reactions to cats are triggered, raising hopes of preventative medicine

Researchers led by Dr. Clare Bryant of the University of Cambridge studied proteins found in particles of cat skin, known as cat dander, which is the most common cause of cat allergy.

They found that cat allergen activates a specific pathway in the body, once in the presence of a common bacterial toxin.

This triggers a large immune response in allergy sufferers, causing symptoms such as coughing, wheezing, sneezing and a runny nose.

“By understanding the triggering mechanism, there are now drugs that have been designed that are in clinical trials for other conditions, such as sepsis, that could potentially then be used in a different way to treat cat allergy and to prevent cat allergy.”

Allergic reactions happen when the immune system overreacts to a perceived danger.

Instead of responding to a harmful virus or bacteria, it misidentifies allergens, such as cat dander, and mounts an immune response.

The research was funded by the Wellcome Trust and the Medical Research Council.