David Beckham takes a starring role in the new advert for his latest fragrance, Classic, and gives fans a glimpse of his famously honed form in the process.

David Beckham, 38, posted the promo on his YouTube channel with the message: “Hope you all like it.”

The clip opens with David Beckham walking into his dressing room dressed casually in a t-shirt. 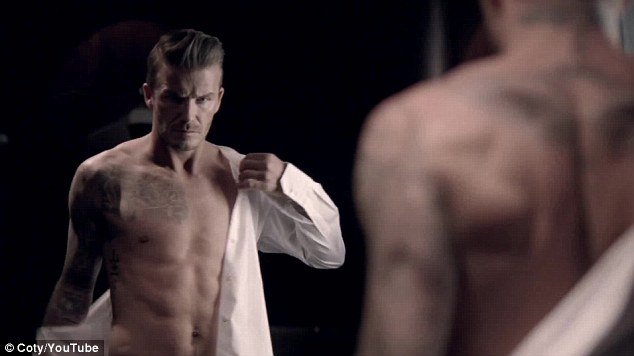 The star maintains a serious expression as he examines his reflection in the mirror, before pulling on a crisp white shirt and fastening his cuff links.

A butler then helps David Beckham into a crisp suit jacket, asking: “Can I be of further assistance sir?”

David Beckham replies: “I have all I need,” as he adds the final finishing touch – a spritz of his new Classic fragrance.

As the star makes for the door, the promo advises the viewer to “revise your classics”.

Classic is the latest in a string of fragrances for David Beckham, who has previously put his name to scents including Homme and Instinct.

David Beckham also previously teamed up with wife Victoria to release his and hers fragrances Intimately Beckham.

Victoria and David Beckham starred together in the advert for the scents.