Ohio police is searching a neighborhood in a Cleveland suburb after the discovery of three dead women there.

The bodies were found on Friday and Saturday in East Cleveland. The first was found in a garage, the second in a yard and the third in an empty house.

A 35-year-old man, reported to be a registered s** offender, is in custody.

“He said some things that led us to believe that in some way, shape, or form, Sowell might be an influence,” Gary Norton told the Associated Press. 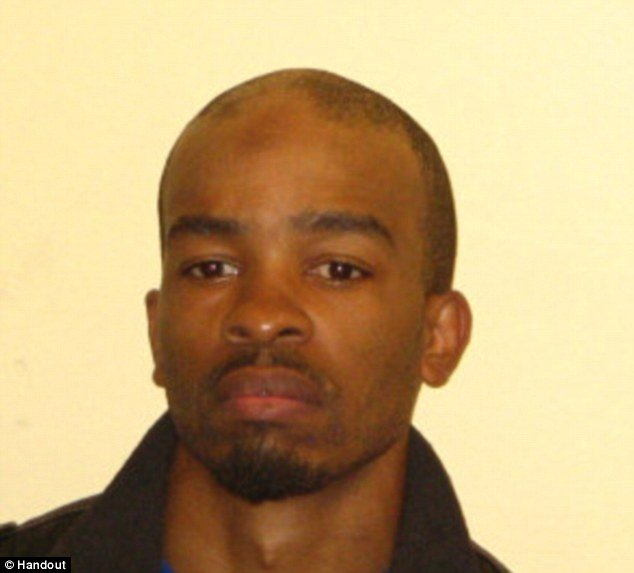 Michael Madison has been arrested in connection with the discovery of three bodies in East Cleveland, Ohio

Anthony Sowell, 52, was sentenced to death in 2011 after being convicted of killing 11 women, the remains of whom were found around his home in south-east Cleveland.

The Cleveland area was at the centre of another gruesome case in May when three women who vanished separately more than a decade ago were discovered alive in a house south of the city centre.

Police discovered the first body in the garage of a home on Friday after receiving several calls of a foul smell, the Cleveland Plain Dealer reports.

The suspect, named by media as Michael Madison, was arrested later on Friday after a two-hour stand-off by police. He has not been charged.

A search of the area on Saturday resulted in the discovery of two more bodies, one in a backyard close to the garage and another in the basement of a nearby vacant house.

Police said the women, who were all black, had been wrapped in several plastic bags and are believed to have been killed in the last 10 days.

Specially-trained dogs have been brought in to search through backyards and abandoned homes in the area.

“Hopefully, we pray to God, this is it,” Gary Norton said.