Some reports say some of the victims were burnt alive, in the incident in Bayda near the coastal city of Banias.

The family members were said to be from a mostly Sunni village, but in an area where government supporters have been accused of trying to clear out Sunnis. 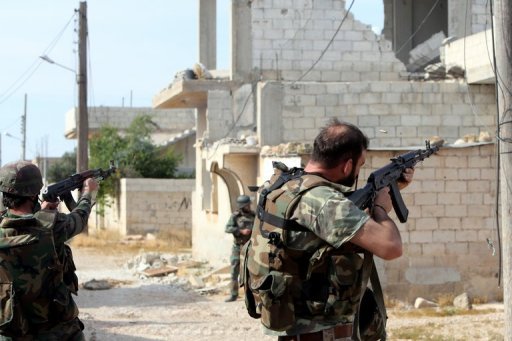 Syrian army has killed 13 members of the same family, mostly women and children, in Bayda

According to the UK-based Syrian Observatory for Human Rights – which relies on a network on opposition activists on the ground – at least three men from the Fattouh family in Bayda were shot dead by government forces and militia in the latest violence.

Women and children from the same family were then crowded into one room in a house, where they were all killed, it said.

Some reports said they were burnt alive when the house was set on fire, others, that they were shot beforehand.

The reported deaths came after clashes in Banias in which some loyalists died.

The village of Bayda is described as a pocket of Sunni Muslims in the coastal province of Tartus, which is dominated by President Bashar al-Assad’s minority Alawite sect.

Both Bayda and Banias were the scene of what were described as sectarian massacres of Sunni families in May, in which more than 100 people died.

UN says more than 90,000 people have been killed in Syria since the uprising again Bashar al-Assad began in 2011. A further 1.7 million have been forced to seek shelter in neighboring countries.