King Albert II of Belgium is about to formally abdicate in favor of his son Crown Prince Philippe.

In his final address as king on Saturday, King Albert, 79, urged Belgians to give his 53-year-old son “your support”.

King Albert also stressed that his wish was that Belgium – split between the Flemish-speaking north and the French south – remained united.

Earlier this month, the monarch said he was no longer well enough to carry on.

“Give the future King Philippe and the future Queen Mathilde your active participation and your support,” King Albert said in his address.

“They make a great couple serving our country and they enjoy my full confidence,” said the monarch, who will resign on Belgium’s national day – after nearly 20 years on the throne. 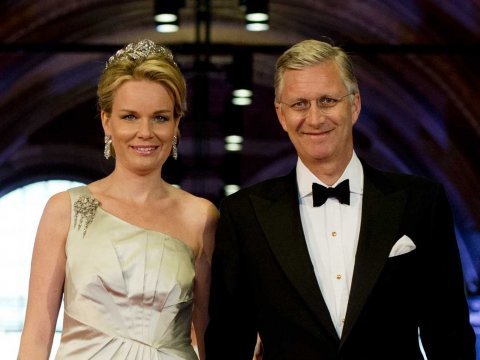 The future King Philippe and the future Queen Mathilde of Belgium

Philippe, the Oxford- and Stanford-educated prince, will then become Belgium’s seventh king.

He has also trained as an air force pilot.

Tensions between the Flemish and French communities sometimes run high, and the issue has brought down several governments, creating frequent political instability.

Respect for the royal family, though, is one of the few factors that cross the communal divide.

King Albert’s abdication comes only three months after Queen Beatrix of the neighboring Netherlands vacated the Dutch throne in favor of her son Willem-Alexander.