Batman and Superman are to appear in the same film for the first time, it has been revealed.

The surprise announcement was made by Zack Snyder, who directed the most recent Superman film Man of Steel.

Speaking at a comic convention in San Diego, California, Zack Snyder said the script was still being written.

Production is expected to begin next year and the film is scheduled for release in the summer of 2015. 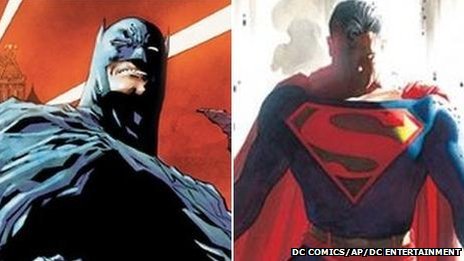 Warner Bros confirmed that the two superheroes would team up for the first time.

However, an actor for the new Batman is yet to be cast.

“They’re both alpha males,” fan Benjamin Ha was quoted as saying by the Associated Press. He added that he expected fireworks in the new film.

For many comic book enthusiasts it is a dream come true in what promises to be the ultimate superhero adventure.

The enduring popularity of Superman and Batman has seen the latest films featuring the two characters earn revenues of more than $1billion between them.