Matt Sandusky filed for a name change for himself, his wife, and his four children.

This is not the first time that Matt Sandusky has tried to distance himself from his adoptive father, disgraced former Penn State coach Jerry Sandusky .

During Jerry Sandusky’s trial, Matt made a statement after the other victims testified saying that he too was s***ally abused by his adoptive father.

Because the jury had already begun deliberating, Matt Sandusky was not called to go into further detail in the court.

Eight victims testified in court and the stories of two others were relayed for the jurors without having their names released. 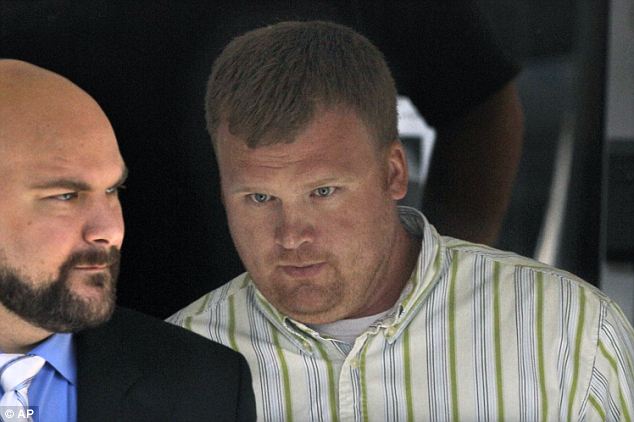 Matt Sandusky filed for a name change for himself, his wife, and his four children

Meanwhile Penn State has approved a settlement of about $60 million for the majority of the victims of convicted child molester Jerry Sandusky.

The university board reportedly agreed on the figure during a meeting on Friday but details about the exact break-down of the sum have yet to be released.

Aside from Matt Sandusky, there are a total of 32 plaintiffs who petitioned for financial compensation from Penn State.

The Legal Intelligencer reports that the $60 million settlement covers a majority of those claims, but it does not specify how many exactly or how much each victim receives.

The paper reports, via Deadspin, that “there’s a good chance” that all of the claims will be settled between the school and the victims by the end of the summer.

He was sentenced to spend 60 years behind bars, with the first possibility of parole coming after his first 30 years.

The judge made it clear that even though the maximum possible sentence for the charges was 442 years, he decided that the former coach would spend sufficient time to ensure that he would never be released from the supermax prison in his lifetime.