The world’s second biggest economy grew by 7.5% in the April to June period compared to the previous year, down from 7.7% in the January to March period, data showed.

The figures were in line with analyst expectations.

After decades of blistering growth in China, analysts say authorities now seem ready to accept a slower pace of expansion.

The figures showed that weak trade data and actions by authorities to reign in bank lending contributed to the slower growth.

“As of now, China’s gross domestic product has been staying under 8% for five straight quarters, a clear sign of distress,” said economist Ren Xianfang from IHS Global Insight.

“The rather sharp growth deceleration and the recent financial market turmoil indicate that risks have been building on both the financial and real goods sector,” she added.

The government has set a target of 7.5% growth for the whole of 2013, which would mark the lowest rate of expansion in more than two decades. 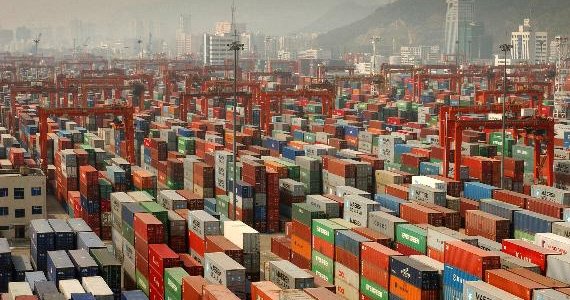 China has been a major driver of the global economy and many countries have gained because of the demand from Chinese companies, including the mining sector in Australia.

However, analysts questioned whether the 7.5% target would be achieved without some stimulus measures from the government.

“They have to do something. Otherwise they will miss their target. And they cannot afford that, because this is their first year in power.”

A spokesperson for the National Bureau of Statistics said: “Major indicators are within our targeted range but we face a complex situation.”

China’s leaders have repeatedly said that the long-term goal is to rebalance the economy away from an over-reliance on exports and investment, and spur consumer spending instead.

“Some measures, including the intensified property tightening campaign, new rules to curb misuse of public funds and the exit some previous stimulus policies, will inevitably have some impact on growth in the short term, but they will benefit our economy in the long run,” said Sheng Laiyun from the bureau of statistics at a press conference.