An international group of scientists have solved the mystery of a genetic flaw which greatly increases the risk of obesity in one in six people.

A version of an obesity gene, called FTO, had been linked to a bigger belly, but the reason why was uncertain.

A study, published in The Journal of Clinical Investigation, showed FTO gene made fatty foods more tempting and altered levels of the hunger hormone, ghrelin.

There is a strong family link with obesity, and a person’s genetic code is thought to play a major role in the risk of them becoming overweight.

But no-one knew why. 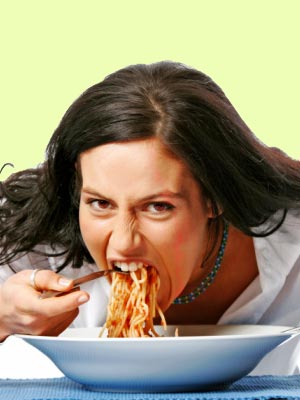 A team, led by researchers at University College London, tested two groups of men. All were a normal weight, but one group had the high-risk FTO genes and the other was low risk.

The first tests looked at levels of the hormone ghrelin either side of a meal in 10 men from each group.

Levels of the hormone, which makes people hungry, did not fall as far in the high-risk patients after the meal. Their ghrelin levels also began to climb more quickly.

In separate tests, a series of brain scans after a meal showed further differences between the two groups. Men with the high-risk genes found pictures of high-fat foods more appealing than the low-risk men.

Dr. Rachel Batterham, the head of the centre for obesity research at University College London, said: “Their brain is set up to be particularly interested in anything to do with high-calorie food.”

She said they were “biologically programmed to eat more”.

She said exercise such as cycling was an excellent way to lower ghrelin levels and there was a significant amount of research from pharmaceutical companies working on the hormone.

Dr. Rachel Batterham added: “Also protein meals do lower ghrelin more, so anything that suppresses ghrelin is more likely to be effective in FTO patients.”

The FTO mutations were probably life-saving at one point in human history when piling on the pounds in the summer would help people survive the winter.